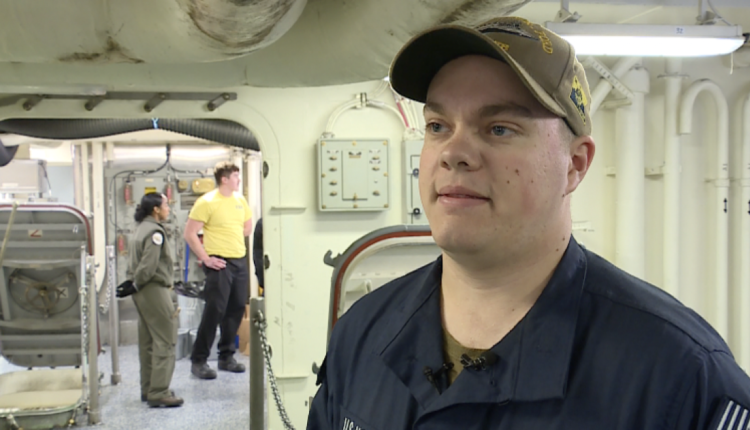 NBC 26 Today anchor MacLeod Hageman was invited by the US Navy to participate in the Sailor for a Day event in Norfolk, Virginia to meet Wisconsin sailors and learn how they maintain a lifestyle in the Navy while keeping Americans safe.

On the third day of the event, MacLeod had the opportunity to connect with a De Pere sailor who has a substantial role on board the USS Gerald Ford — one of the Navy’s most impressive aircraft carriers.

The day ended with a ship tour of the USS Gerald Ford and a helicopter ride on an MH-60 Sierra helicopter over Virginia Beach. 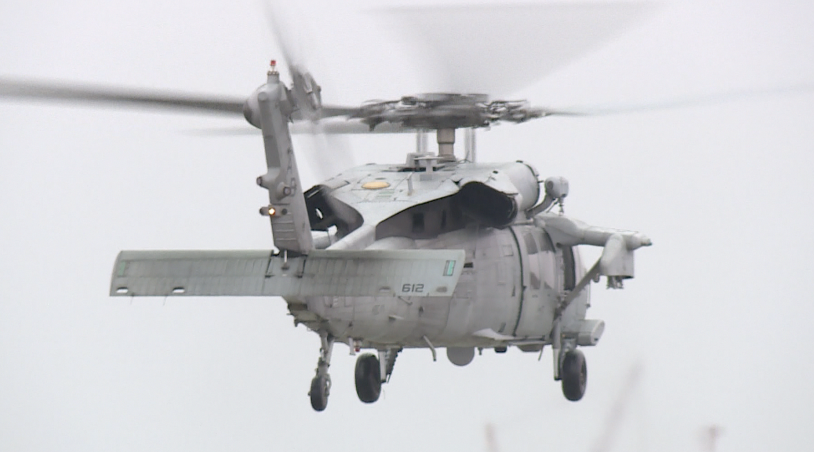 It started with the Navy’s water survival training where journalists had to swim across the pool twice in full gear. That included suits, helmets and boots. Then, everyone had to tread water for two minutes in full gear while learning how to inflate their life-saving vests with their breath.

Fortunately, everyone passed, and instructors say only about 1% of new recruits struggled with the initial training and need to retake it after the first time. 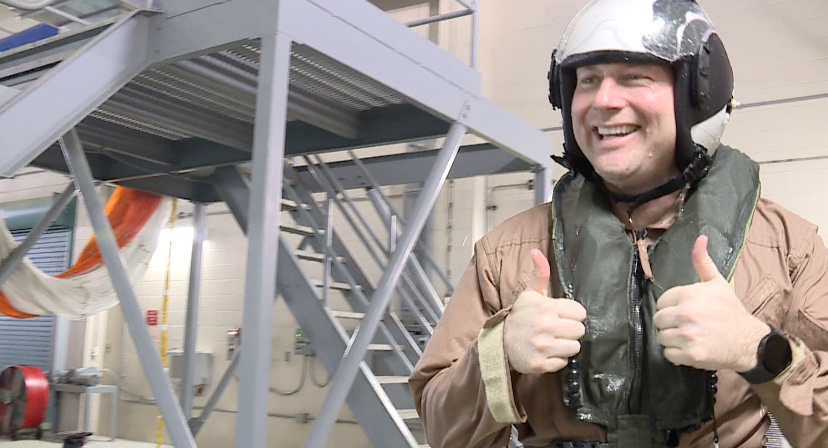 As the Sailor for a Day event wrapped up, MacLeod met with Sailor Preston Moeller from De Pere. Sailor Moeller lives and works on the USS Gerald Ford, and he’s an MMN1. That’s a Machinist Mate Nuclear First Class, and he’s responsible for a number of jobs and sailors. One of his biggest responsibilities is making sure the entire crew has clean drinking water, which is made fresh on board the ship when the crew is out to sea.

“My specific job, I’m a leading petty officer. So, I’m charge of a work center of people. I have to make sure all their training is good, that they’re doing all their maintenance, getting qualified, instruct them and teach them how to do their job. I also have myself to stand watch and have to go to training, and qualify myself as well,” Sailor Moeller said.

In the coming weeks, NBC 26 plans to share more about Preston’s Moeller’s contribution to keeping his crew and country safe.

On Thursday, MacLeod will be stopping by the USS Wisconsin in downtown Norfolk and talking with a Navy counselor about ensuring all sailors have the best resources when addressing their mental health.

This is a developing story, and we’ll share more details as they become available in the coming weeks.