Green Bay couple scammed out of $750 for online puppy 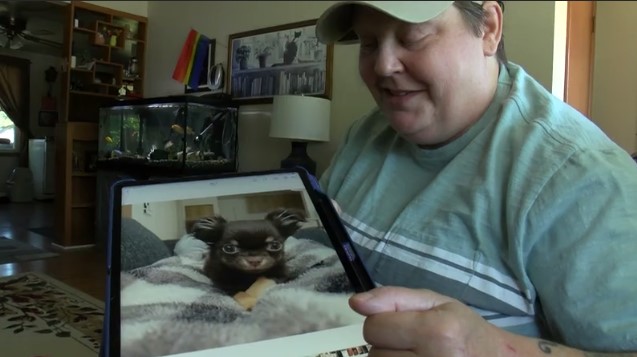 GREEN BAY, Wis. (WFRV) — Finding your next dog online is as simple as a click away on your phone or home computer. But one Green Bay couple found out the hard way, traveling all the way to Georgia, only to find out they were scammed.

Renee Callahan was excited to get a new Chihuahua.

“We had his name all picked out,” she told Local 5’s Barrett Tryon on Monday. She and her wife found the dog on Facebook. The breeder was hundreds of miles away in Georgia.

It was supposed to be the newest addition to their home after losing their older Chihuahua a year ago. Their journey for a new puppy would soon turn to disaster.

“It came time to pick him up and they wanted to charge hundreds of dollars to fly him into Green Bay,” Callahan said. Deciding that was not an option, they packed up their car and headed south.

Seventeen hours later, that’s when everything began to unravel.

“We arrived at the person’s house, the address they gave us, and lo and behold, there’s nobody home,” said Callahan.

Despite talking to the breeder just an hour before, he then claimed he was out-of-state for a funeral and had all the dogs with him.

Money she realizes she will never see again.

“They don’t care. They tell you a good story, so that it’s possible that those things happened, but not very likely,” she said. “Be very careful. If your gut is telling you it’s not real, it’s probably not.”

Despite the horror story, Callahan ended up finding a reputable breeder in Iowa. She recently made a much shorter six-hour drive to pick up her new puppy, “Baby.” A dog she saw with her own eyes before paying for him.

The Better Business Bureau has tips to keep you from falling victim to buying a puppy online. You can see them here.

California Wants to Snip Costs for Vasectomies and Condoms

Passenger rail may be headed in Wisconsin through Kenosha-Milwaukee | WUWM 89.7 FM