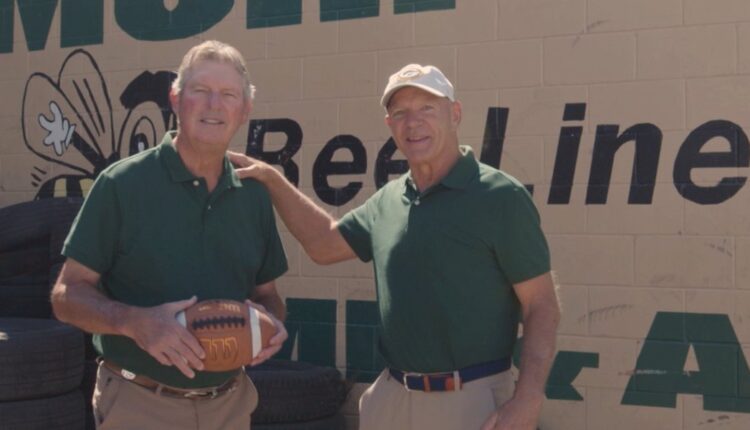 LA CROSSE, Wis. (WEAU) – Their days wearing the green and gold may be over, but former Green Bay Packers Lynn Dickey and Paul Coffman are still treated like royalty in the state of Wisconsin.

In a recent visit to Murphy’s Frame and Axle at La Crosse, the pair of Packers Hall of Famers remembered about playing in front of thousands of cheeseheads at Lambeau Field.

“Sitting in the lobby here, looking at all the pictures and memorabilia, it brings back a lot of great memories of our time in Green Bay,” Coffman expressed.

Coffman joined the Packers as an undrafted free agent in 1978, becoming the lead tight end for quarterback Dickey, who began his career in Green Bay two years earlier in 1976.

As Coffman recalls, the two had an instant connection.

“Lynn and I have both been friends for a long time, we both went to Kansas State, and he was in Green Bay when I got there,” Coffman said. “I would sit by him in the meetings and he would explain to me everything about the passing routes, and he was just huge for me making the team.”

For Dickey, his relationship with Coffman represents the bond that’s shared between all former Packers.

“Having played for the Packers, it is the best fraternity that you could ever be in, in my opinion,” Dickey conveyed. “I can’t imagine another team having a better fraternity than what we have with the Green Bay Packers, it’s just amazing.”

Although their careers came to a close decades ago, Dickey and Coffman will never retire from that Green Bay fraternity.

“At home, we’re fathers, we’re husbands, we’re businessmen, we have responsibilities, but when we come to Wisconsin we get to become Green Bay Packers again, so thank you,” Coffman added.

Despite the Packers greats living in Kansas City, they still stay up to date with how the team is doing each season, with Dickey going even more in depth with his analysis.

“I’m watching the draft and trying to keep up on, we need this position and this position, hopefully they’ll draft that guy or get a free agent, so I pay attention,” Dickey explained.

While the 2022 NFL season won’t be kicking off for another few weeks, the former teammates already have their Super Bowl matchup picked out.

The Packers will open the year on Sept. 11 at Minnesota.