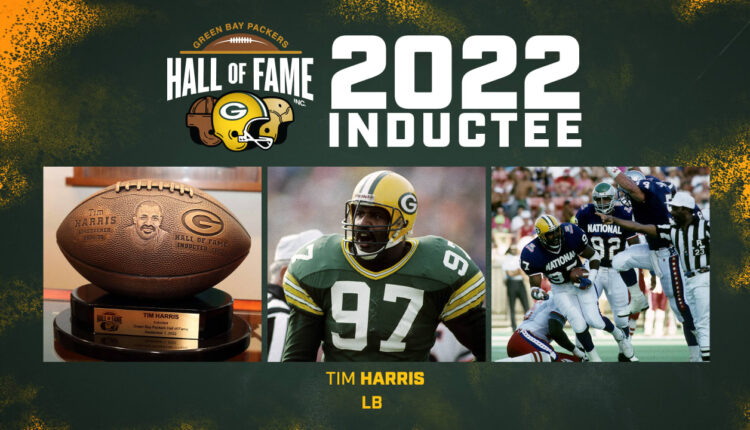 When asked about the achievement, Harris still gives a lot of the credit to Packers defensive lineman Robert Brown, whom he played alongside during all five of his seasons in Green Bay.

“He did a lot of game stunts with me,” Harris said. “He helped free me up a lot. He actually texted to congratulate me today and I told him, ‘If it weren’t for him, I wouldn’t be in this situation today.'”

It was at Memphis Harris that grew close to Beane, whom he’s known since they were 17 years old and played alongside on the Tigers’ defensive line.

After a two-year stretch in which Memphis laid claim to being the nation’s top-ranked defense, Beane was with Harris when he got the call from the Packers that he was being drafted in the fourth round (84th overall) in 1986.

During Harris’ 10-year NFL career, Beane remained one of his best friends and supporters. To this day, the two are like brothers. So, it was no surprise after that breakfast ended last year, Harris asked Beane to present him for induction into the Packers Hall of Fame.

“A lot of the things with Tim have been first experiences (for me),” Beane said. “First time I drove a Porsche … first time I’ve been to a Super Bowl, everything. A lot of good experiences.”

The Packers went 29-49-1 during Harris’ time in Green Bay, but there were some big moments. The 6-foot-6, 265-pound pass rusher still fondly recalls the fabled “Cardiac Pack,” whose 10 victories in 1989 represented the team’s most in 17 seasons.

When it came to old NFC Central rivals, Harris enjoyed every matchup he had with the Minnesota Vikings and longtime offensive tackle Tim Irwin.

“We lost a lot of wars, but we (also) won a lot of battles as far as I’m concerned,” Harris said. “I knew I used to beat up my offensive tackle a lot by the end of the day. Just didn’t get the wins we wanted.”

Getting the call to the Packers Hall of Fame was special to Harris, who received his commemorative football on Wednesday evening. Being back in Green Bay this week for his induction stirred a lot of positive memories.

“I got my start here. I learned a lot of adversity when I was here,” Harris said. “(When I) see the stadium, it makes my blood race.”