Have Packers already decided to trade Aaron Rodgers this offseason? 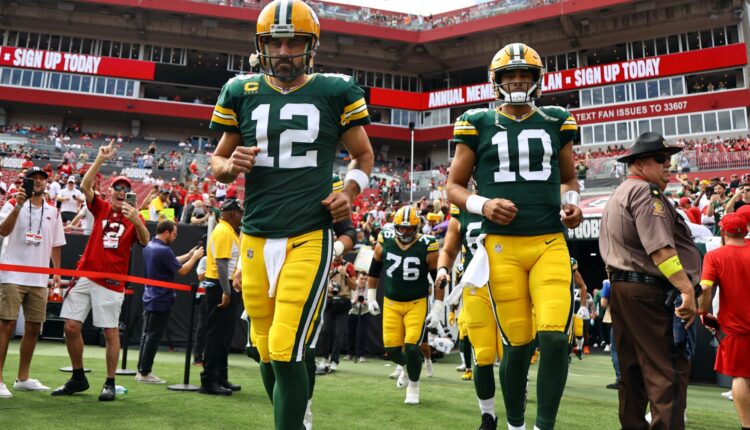 The Green Bay Packers will have to make another franchise-altering decision regarding Aaron Rodgers and Jordan Love this offseason. You know, the one that will only affect the next decade or so of the team.

Green Bay is currently fighting for its life just to make the postseason. They were 4-8 heading into December, and there was a lot of conversation about whether Love should start since their playoff chances were slim to none.

Since then, they’ve rattled off three straight victories and a playoff birth looks more and more probable. They still don’t control their own destiny, but they have at least two different paths to the playoffs if they can win their final two games.

As the Packers focus on handling business on the field, the front office is likely planning for what the offseason will hold.

The Green Bay Packers have a major conundrum on their hands this offseason regarding Aaron Rodgers and Jordan Love. Have they already made their decision?

Love will be entering his fourth season in 2023 and has looked much better in practice and his limited game reps. He’s impressing the coaching staff and the defense, and likely wants a chance to start—whether in Green Bay or elsewhere.

It’s hard to blame him. He was a first-round draft pick for a reason, and has sat quietly and patiently while Rodgers has hogged the spotlight. At some point, he’ll need to put his career first and demand a situation that is more conducive to playing time.

It will be up to the Packers whether they honor that request.

They just re-signed Rodgers to an extension that is difficult to get out from underneath. If the Packers want Love to be their starting quarterback, a trade is the most realistic scenario (unless Rodgers retires).

Last week, PFF released an article outlining a trade that involves Rodgers. They proposed Green Bay sends him to the New York Jets in exchange for a 2023 first and second and a 2024 first and second. That would give Green Bay four first and four second round picks over the next two years as they clean their books and re-load around Love. There are much worse ways to kick start a rebuild.

Mark Schlereth recently hypothesized that Green Bay has already decided to move on from Rodgers in the offseason. To be clear, he doesn’t have any sourced information and is speaking purely based on the impression he got in conversations with folks on the team.

That would be a bold move for this front office—similar to the one the previous regime made when they chose Rodgers over Brett Favre. However, it might be exactly what this franchise needs to embark on its next decade of success. For now, we’ll watch the playoff race intensely to see if Green Bay can pull off the improbable.

Jayson Tatum speaks on his dunk on Giannis Antetokounmpo