How Wisconsin voters are reacting to the Jan. 6 committee revelations about Trump 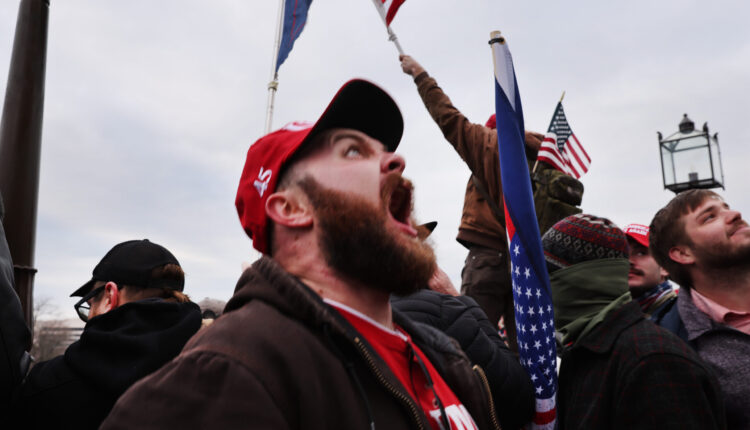 Former Wisconsin Republican U.S. Rep. Reid Ribble joined a panel on Tuesday hosted by the Defend Democracy Project to discuss the House Jan. 6 Select Committee hearings and how they are affecting voters’ attitudes in Wisconsin.

Ribble is one of a handful of Republicans nationwide who have been outspoken critics of former President Donald Trump — although Ribble tweeted his congratulations to Trump’s pick for Wisconsin governor, Tim Michels, after Michels won the Republican primary last week.

Congratulations to @michelsforgov on his win yesterday. Also @RebeccaforReal you worked hard for years to win this race and it just didn’t work out. Hold your head high this morning there is no shame in not winning an election.

“The seeds of Jan. 6 were planted very, very early on,” Ribble said during the panel discussion. He blamed the Capitol attack on Republicans who echoed Donald Trump for months, creating a steady drum beat with their comments about “how the election was stolen.”

Ribble said he was impressed by the work of the Jan. 6 committee. He would have preferred to see a bipartisan investigation led by experts from outside Congress, but “this was a last resort because of obstruction of Republican members in Congress to not get to the truth. They didn’t want to see that.”

“Now the truth is coming out,” Ribble said.

“I was very worried about the politicization of the committee itself, and that we would just have this political farce going on,” he added. “The problem that the right has with that argument today is virtually all the witnesses that we’ve seen so far have been Republicans, so in fact it was partisan and partisan on the Republican side.”

But what effect has that had on Republican voters? In Wisconsin, a closely divided swing state, the Republican candidates for governor and U.S. Senator who will be on the ballot in November, Michels and U.S. Sen. Ron Johnson, are both close Trump allies. Michels won his primary handily against the establishment candidate, former GOP Lt. Gov. Rebecca Kleefisch, who had the endorsement of former Gov. Scott Walker, Assembly Speaker Robin Vos and former Vice President Mike Pence.

“You worked hard for years to win this race and it just didn’t work out,” Ribble tweeted at Kleefisch after the primary. “Hold your head high this morning there is no shame in not winning an election.”

For Republicans generally, the results of Wisconsin’s gubernatorial primary show that getting out of the shadow of Trump, as Ribble and his fellow anti-Trump Republicans are urging, is no easy task.

During Tuesday’s Defend Democracy Project panel, Jim Williams of Public Policy Polling shared the results of an Aug. 15 survey of 546 Wisconsin voters that gave a snapshot of how public opinion has shifted during the Jan. 6 committee hearings.

The poll found that a majority of Wisconsin voters are paying attention to the hearings and expressed support for the investigation, with 60% saying it is important to protect democracy. Independents showed a consistently high level of concern about the Jan. 6 committee’s revelations, with 57% saying they are concerned about Johnson having played an active role in Trump’s scheme to overturn the election, and now calling for Wisconsin Republicans to consolidate power over election administration in the state.

Among voters who describe themselves as independents, 54% said Trump and his team who took part in the Jan. 6 insurrection should be criminally prosecuted.

Members of a panel on the impact of the Jan. 6 committee hearings on Zoom | screenshots courtesy Defend Democracy Project

In a closely divided swing state, “you start talking about 55 to 60% of people, that’s pretty noteworthy,” said moderator Joe Zepecki, a veteran Democratic political consultant in Wisconsin who is currently working with the nonpartisan Defend Democracy Project.

Trump’s attempt to prevent the peaceful transfer of power is unprecedented in American history, said Praveen Fernandes, vice president at the Constitutional Accountability Center. “That hasn’t even happened since the Civil War; in the Civil War, we had a peaceful transition of power. It is stunning.”

During eight heavily publicized Congressional hearings, the committee laid out evidence that suggests that former President Trump and his associates engaged in a criminal conspiracy to overturn the results of an election they knew Trump had lost. Republican witnesses in hearing after hearing described Trump’s pressure campaign on state and federal officials, as he tried to get them to change the results. In several hearings, White House staffers described how Trump and his allies coordinated with violent extremists and directed an armed mob toward the Capitol. The final hearing focused on how Trump refused to intervene for 187 minutes as the violence at the Capitol was unfolding.

As dramatic as they were, the Jan. 6 hearings are “having some effect, but I think it’s relatively small from a voting standpoint,” Ribble said.

The Public Policy Polling data backed that up, he said, showing the state is about evenly divided on the hearings, with a little more than half of voters saying they are quite concerned about the Jan. 6 revelations.

“You’re starting to see a 20 to 25% segment of Republican voters who have concerns about this and are saying so,” Williams said. “It begs the question, you know, how much it’s weighing on their mind.”

“I’m not 100% convinced that this rises to the level to convince many Republicans to support an independent or a Democratic candidate or more progressive candidate that might be opposed to them on all these other issues,” he added.

Ribble, who has consistently tried to debunk election conspiracies in his social media posts, closed and opened the panel discussion with his main point: that local election workers are “the real heroes.”

“More than anything, we must trust the American people working in those polls, mostly senior citizens who are volunteering — tens of thousands of them — to donate their time to see that their precinct had a free and fair election,” he said. “Let’s trust our neighbor and put this nonsense behind us.”