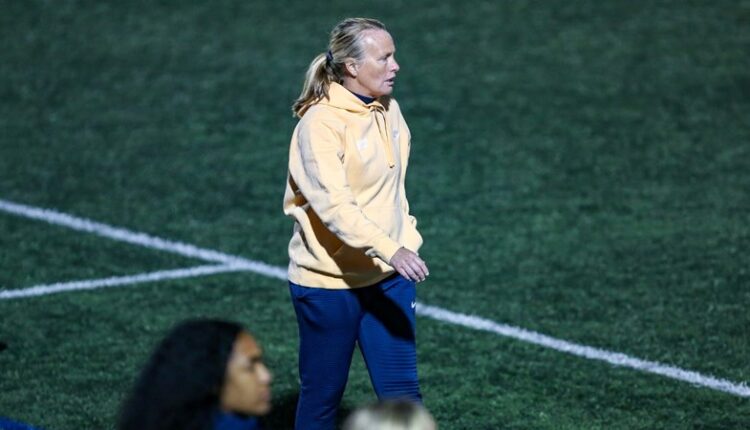 HARRISONBURG, Va. – James Madison Head Coach Shelley Klaes announced the hiring of Colleen Shearer on Wednesday, as she joins the lacrosse program as an assistant coach.

“I am so excited to welcome Colleen Shearer back to JMU after winning our national championship together in 2018,” Klaes said. “JMU is attracting talent on the coaching staff! Her familiarity with me and our program will help her make an immediate impact. Colleen’s ability to identify talent, develop technical ability and bring units together is unmatched. A hire of this caliber comes at a perfect time as we head into the American Athletic Conference.”

Shearer will begin her second stint in Harrisonburg this season. Her first stint at JMU came in 2018 as a volunteer assistant coach, as she helped the Dukes to their first national championship and a 22-1 overall record, the best in program history.

Shearer returns to the JMU coaching staff after spending a season as an assistant coach with the University of Virginia, helping guide the Cavaliers to the second round of the NCAA Tournament in 2022. This was Shearer’s second run and 20th season overall with U.Va. , as she served as an associate head with the program from 1997-2016.

During her time as associate head coach at Virginia, Shearer helped elevate the Cavaliers to be one of the premier women’s lacrosse programs in the country, reaching the national championship game six times between 1998-2007 including winning the 2004 title. She was named Assistant Coach of the Year by the Intercollegiate Women’s Lacrosse Coaches Association in 2010.

Shearer also spent time as a head coach, leading the inaugural seasons of the Wagner University Seahawks in Staten Island, NY before her first stay at Virginia. She also was the head coach at Bridgewater College in 2017 and spent two seasons as a volunteer assistant at Richmond after leaving JMU.

Overall, her nearly 30-year coaching career has produced many accolades for lacrosse student-athletes including more than 60 All-Americans, six Tewaaraton Award finalists, and five National Players of the Year between the IWLCA and Inside Lacrosse.

In the international lacrosse realm, Shearer has served as the Assistant General Manager for the US Women’s National Team since 2017. The team most recently won the Women’s Lacrosse World Championship in dominating fashion in 2022.

Shearer has served on the IWLCA Recruiting Committee and All American Committee, while also holding athletic training and group exercise certifications. She served as the owner and operator of Shearer Fitness from 2016-2020, a private lacrosse training and fitness facility which has worked with over 500 athletes, including 33 Division I commitments.

As a player, she competed with Division III at Rowan University in Glassboro, NJ. She was a three-time All-American with the Profs and helped the team make it first ever NCAA Championship appearance in 1995. Shearer was the nation’s leader in assists in both 1994 and 1995.

“I am so excited to be coaching again at James Madison University,” Shearer said. “I want to thank Coach Shelley Klaes for this incredible opportunity and am ready to help in any way to bring another championship to the Dukes.”

James Madison will play its inaugural season in the American Athletic Conference in spring 2023.

How Wisconsin voters are reacting to the Jan. 6 committee revelations about Trump