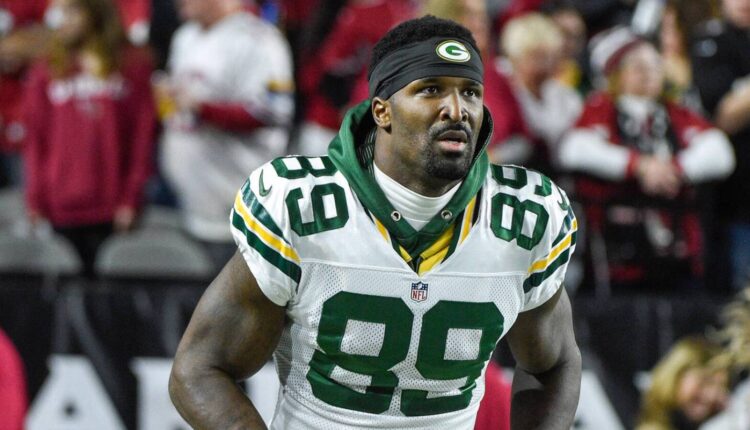 The Green Bay Packers are in the midst of a lost 3-6 season, and with Aaron Rodgers playing terribly plus several star players injured — including Rashan Gary for the season — it would seem as that this season is all but over for the Packers — even with eight games left to play.

Not everyone is all that willing to give up on Rodgers and the Packers, though. In fact, former Packer-turned-NFL analyst James Jones is boldly saying that Green Bay will finish this season with 11 wins.

Twitter is the place for bold takes, but this take from Jones may be a little too bold. We know Jones played with Rodgers and he’s been a constant source of “good” insight and information into Green Bay’s locker room over the past few seasons, but is this anything other than a straight-up “homer” take from someone who should know better about the NFL?

Sure, a case can be made that as long as Rodgers is on the team, anything is possible. He is a four-time NFL MVP, after all. With that said, Rodgers is apparently playing through a thumb injury, and even before that, he’s looked off this season accuracy-wise. His deep ball is constantly falling “just” short, and he’s seemingly thrown more footballs at his receiver’s ankles than at their breadbasket this season.

That’s also assuming his receivers end up running the right routes, which hasn’t happened at a shocking frequency this season. What’s to be expected with two rookies expected to play a major role in the offense, though?

What about this season suggests that they’ll be able to run the table and pick up eight wins in a row to finish 11-6?

With the Dallas Cowboys, Tennessee Titans and Philadelphia Eagles directly up next on the schedule, there’s a very real possibility Green Bay’s five-game losing streak balloons all the way up to eight.

Jones was a nice player and he’s a solid analyst, but he’s way off on this take.

Georgia fight for U.S. Senate seat will go to a December runoff