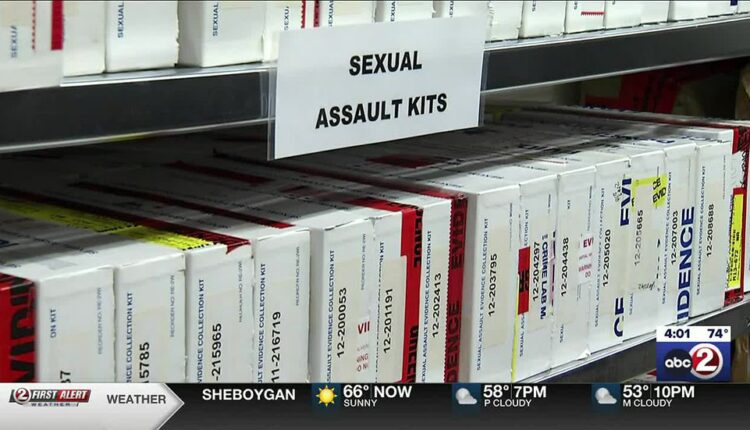 The new ‘Track-Kit’ system allows sexual assault survivors to track the location of their kit through the testing process.

“The message that I hope that we are sending through these actions to survivors of sexual assault across the state of Wisconsin is that we stand with you and that we are committed to vigorously pursuing justice in any sexual assault cases that are reported to law enforcement, ” Kaul said.

Improving the processing speed, and tracking, of sexual assault kits, has been a priority for Kaul and many lawmakers in recent years as the state worked to eliminate a backlog in testing and prevent a new one.

It’s a system that advocates say is already making a difference in Green Bay.

“With this initiative, uh, the biggest thing, it was very clear. It, it was very easy to understand, and, and from law enforcement, it’s nice having procedures,” Captain Gary Richgels, with the Green Bay Police said.

“To see it actually work and be perfectly executed and work the way it’s supposed to is a tragic beauty to see finally answers. Finally, you know someone listened, not only, you know, they heard you, but they listened,” Carrie Burke, a Brown County Sexual Assault Advocate said.

Survivor advocates have been pushing for years to improve the entire sexual assault kit system, leading to the passage of bills in Wisconsin last year designed to prevent future backlogs and create the tracking requirement. Kaul, using grants from the US Department of Justice, initiated the tracking system prior to the law being passed, which he said resulted in it going live sooner.

The tracking system includes a timeline of a kit’s history, from the medical facility to the law enforcement agency to the crime laboratory, with the length of time spent at each location documented, the state Department of Justice said.

Montana Hires a Medicaid Director With a Managed-Care Past