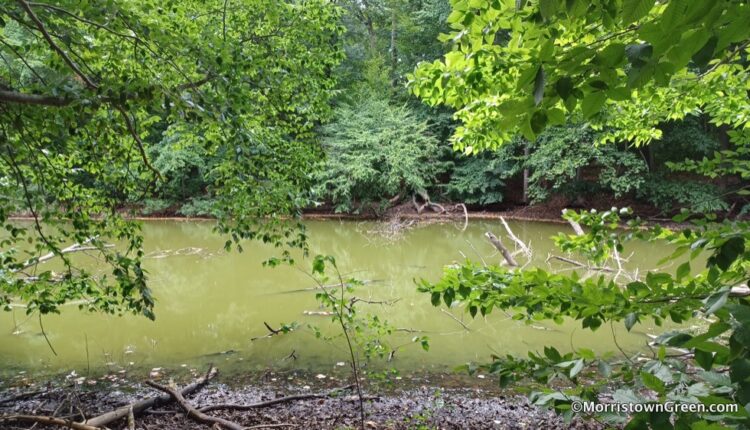 Drew University has scored a partial victory against Madison in its legal fight to rezone the Drew Forest for high-density development.

In a six-page opinion issued on Friday, Superior Court Judge Stephen Hansbury directed the borough to update its analysis of vacant lands available for affordable housing, and to consider the forest in those calculations.

Madison had thought it was immune from Mt. Laurel challenges for the next decade, because the court approved its affordable housing plan last year.

But Hansbury found that “a significant potential change to increase the amount of Mt. Laurel housing cannot be ignored by the court.” Drew envisions hundreds of market-rate units, subsidizing 20 percent for low- and moderate-income residents.

Madison will have 45 days to submit his review — after Drew gives the borough a survey of the proposed acreage it seeks to develop. Then the court will schedule a status conference to decide what’s next.

Hansbury denied Drew’s request to mandate negotiations with the borough, and to appoint a special master to overseas such talks.

The university’s attempt to nullify Madison’s 2021 housing settlement also was rebuffed for a second time; killing the agreement could jeopardize other affordable housing projects in the pipeline, asserted the judge, who was called from retirement because of a shortage of jurists.

Although Drew has promoted himself as “the university in the forest,” it now says it must sell a portion of its 168-acre campus to shore up an endowment that has taken a beating from the pandemic and declining enrollments.

“We are pleased that the judge ruled in Drew’s favor by finding the University’s surplus lands must be considered for realistic development potential. Drew University looks forward to working closely with Madison to accomplish our mutually beneficial goals.”

“We agree with the Judge’s decision in this case. We look forward to working with all of the stakeholders involved to figure out an appropriate plan to create more affordable homes on suitable sites in Madison, which need not be entirely on Drew’s property,” the Center said in a statement.

THE ENVIRONMENT ‘MUST BE CAREFULLY CONSIDERED’

Drew is suing Madison, contending the municipality purposely excluded the Drew Forest–53 or 63 acres; the judge was not sure–from its calculations of open land. Drew says this enabled Madison to pare its affordable housing obligation from 500 units to 147.

The borough denies Drew’s allegation, which is moot, according to the judge, whose order stemmed from testimony at a hearing in Morristown last month.

“It only matters that the land may be available regardless of whether or not Madison intentionally failed to disclose it. It is also noted that at no time did Drew make this fact known during the compliance review period,” Hansbury wrote.

To debate the point would require another hearing, further delaying analysis of the forest’s development potential, the judge reasoned.

Drew’s survey must depict wetlands, steep slopes, flood hazards and “any other condition that could negatively affect its development potential,” the judge wrote in his order.

Hansbury gave no deadline for Drew to complete the survey, expressing confidence the school “is sufficiently motivated to complete this process as soon as possible.”

Towards that end, the judge granted Drew status as a “defendant-intervenor.” Environmental concerns raised by the nonprofit Friends of the Drew Forest also “must be carefully considered,” he ruled.

The Friends say the Forest is a valuable aquifer recharge area for several towns, provides habitat for many birds and a rare bat species, and offers passive recreation for a densely populated region.

If some or all of the Drew Forest is found suitable for housing, Madison must submit a revised analysis of the borough’s vacant land, and update its fair share obligation accordingly.

Yet the Drew Forest still might be spared in such a scenario, Hansbury suggested, if the borough finds “other reasonable means” to provide more affordable housing.

Lydia Chambersco-chair of the Friends of the Drew Forest, said her group is heartened that the judge heard its arguments and “acknowledges the environmental sensitivity of this land, and is making it a central focus going forward.”

Governmental agencies and private conservation organizations have the means to conserve the Drew Forest, Chambers said.

“There is money to buy this land, we believe.”