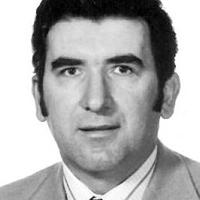 Kaz, as he was known to friends and family, was born October 31, 1942 in Poland to Jan and Marianna (Zubrowski) Kubicki.

He immigrated to the United States in 1959 to work at MacWhyte in Kenosha. After 39 years, he retired from MacWhyte to be a groundskeeper at All Saints Cemetery, then a facility worker at UW-Parkside in Kenosha.

He married Krystyna Hankiewicz at St. Augustine Catholic Church in Milwaukee on March 1, 1969 and later had three children: Robert, Donna and Susan. Kaz kept busy in his spare time by doing house painting and remodeling projects of all sizes for his own home, and for friends and family. He seldom took payment for his work he did for his family. He took pride in his strong work ethic and providing for his family.

He was preceded in death by his parents; his daughter Donna; and his brother Jan Sylvester.

Community helping each other clean up after storm | WFRV Local 5