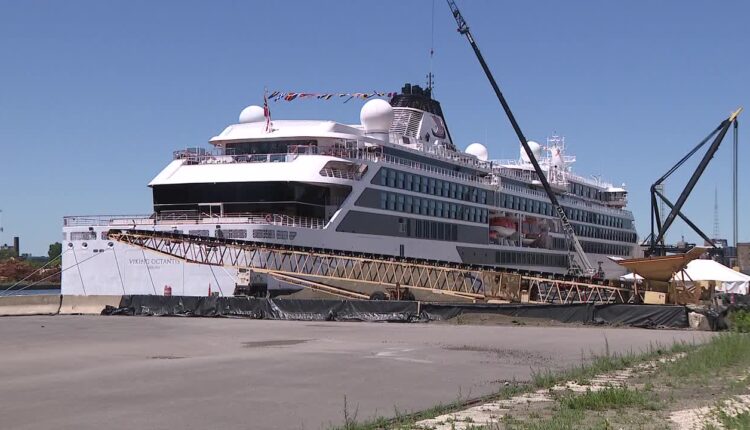 FOX6 News boarded the Viking Octantis for a look inside what the massive cruise ship has to offer.

MILWAUKEE – Milwaukee is known for many things, but it’s the beer that brought the massive Viking Octantis cruise ship to the city.

The ship is Viking’s newest vessel set to explore the Great Lakes. Brew City is the starting point for the cruise.

“People are friendly, and I think it’s a great starting point for a cruise on the Great Lakes,” Hagen said of Milwaukee.

The Viking Octantis hosts 378 guests with 189 rooms. It is the company’s first expedition ship on the Great Lakes and has indoor and outdoor areas.

“Our guests are thinking and generally American, and they like to see this part of the country,” Hagen said.

Hagen said some weren’t sure if guests would be interested in exploring the Great Lakes, but the opposite has happened: The cruise is nearly sold out for the summer.

“It’s a new cruise port,” said Tor Hagen, Viking chairman. “I think most people find it a bit unusual that we should be cruising on the Great Lakes, but I think we’re also arguing is that the Great Lakes are very interesting places.”

From the food to the spa, guests on board the Viking Octantis are settling in just fine.

Viking workers say about 350 people will hop aboard here in Milwaukee. Then the ship will head to its next stop at Mackinac Island. The final stop for the cruise is Thunder Bay in Canada.

The Viking Octantis will be joined by sister ship Viking Polaris in 2023, which will allow for more exploration.

Father’s Day 2022: Celebrating Dad, at home or away | Local News