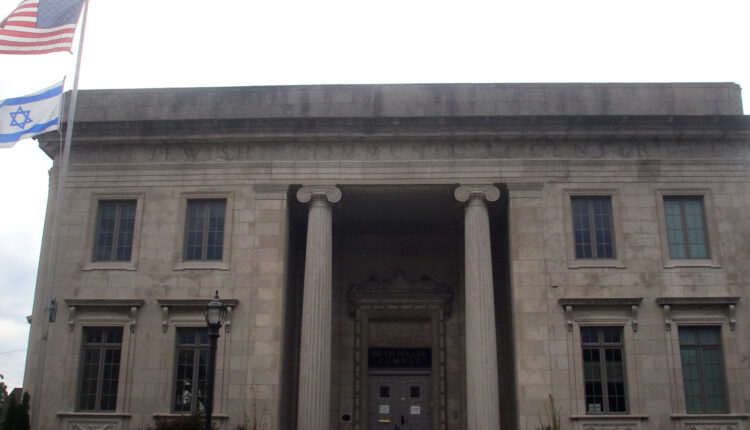 A 56-year-old man got much more than he likely bargained for when, according to police, he decided to drop leaflets containing anti-Semitic speech on several occasions in Kenosha over the last eight months.

In addition to getting slapped with 23 tickets for littering, which could cost him $4,300, the man who hoped to spread a message of hate instead got a first-hand taste of the unity that powers the city’s faith community, which galvanized behind their Jewish neighbors to address the situation.

The situation began in December when leaflets placed in plastic bags appeared at the end of people’s driveways, on windshields and along walkways in a certain area. The Kenosha-area leaflet drop did not appear to be targeted to only Jewish households, but some Jews did receive the hateful message.

“Their goal is to … get their anti-Semitic message out there,” Feingold said, noting that similar incidents have occurred recently across the nation.

During the past nine months, there have been about a dozen more Kenosha-area leaflet drops that occurred early in the morning and in neighborhoods where houses are close together to cover many homes in a short period of time.

“People were finding them when they got up to get the newspaper or bring in their garbage can or walk their dog early in the morning. Then, realizing it wasn’t just on their driveway, but all the way down the street,” Feingold said. “I was getting calls from temple members hearing that it happened to their neighbor, or it happened to them or someone they know. And then we started getting calls from the community.”

Conversations ensued across the community. Organizations such as the Jewish Community Relations Council of Milwaukee Jewish Federation and the Anti-Defamation League provided assistance. The Kenosha Police Department was notified and put a detective on the situation. Congregations United to Serve Humanity, a Kenosha-based alliance of local faith-based groups, also got involved.

“This was an opportunity for our greater religious communities across Kenosha to rally around our Jewish siblings,” said Kevin Beebe, the pastor at Spirit Alive! Lutheran Church in Kenosha and a member of CUSH’s board of directors. “It became very distressing to me to hear how much pain and fear it was bringing to the Jewish community of Kenosha.”

CUSH formed a rapid response team made up of 16 volunteers, four of whom were captains who would field phone calls and send out other volunteers to go clean them up when a leaflet drop happened.

“Then it started to expand into, how can this team also promote a greater community solidarity? So we started designing a poster… something to bring awareness to the community and then could also promote unity,” Beebe said.

The poster CUSH created contains a blue Star of David and says, “we stand with our Jewish neighbors and reject the antisemitic leaflets being distributed in our community.” On the other side of the poster, which is meant to be placed in windows of homes, are ways to report acts of hate with phone numbers of the Anti-Defamation League and the Jewish Community Relations Council as well as the Kenosha Police Department.

“Kenosha isn’t Kenosha without our Jewish community that they have helped to build Kenosha to this point and help sustain Kenosha,” Beebe said.

In response to the situation, faith leaders also held two educational forums about antisemitism in the area in April and July.

“From whatever faith perspective we come from there is almost always a call to support those who are in distress, or those who are in fear and to show the community as the way we move forward and to rally around one another,” Beebe said. “When one of our neighbors is hurting, we’re all hurting.”

Residents were asked to provide police with their security camera footage, a request that proved fruitful when one camera recently captured an image of the suspect’s car and the suspect in a hoodie.

The Kenosha Police Department said in a statement announcing the issuance of citations to the unidentified man that the leaflets were a form of free speech, protected by the First Amendment, while acknowledging the community involvement in the situation.

“Many members of the Kenosha community had very deep concerns regarding the materials, even questioning if the distribution qualified as a hate crime,” it said. “Recognizing the fear and concerns surrounding the flyer distribution, Kenosha Police Department committed to continuing the investigation.”