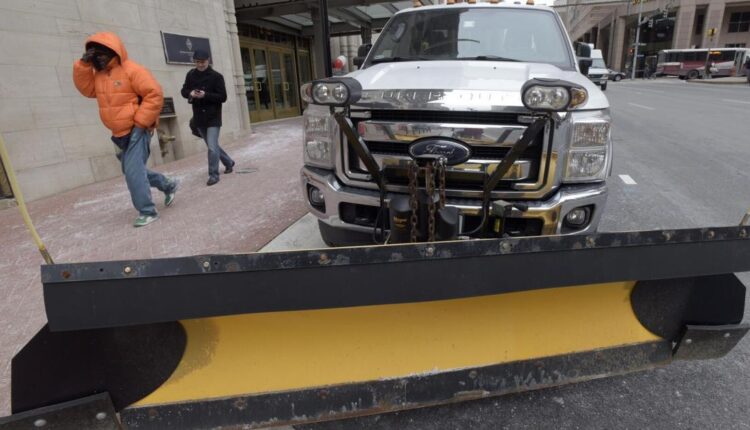 RACINE — A Kenosha man allegedly took a truck with a snow plow attached and struck other people’s property with it in Racine last weekend.

President Biden announced the pause on student loan payments and interest will continue until June 30, 2022.

Oswaldo Padilla-Reyes, 25, of the 2000 block of 65th Street, was charged with a felony count of operating a motor vehicle without owner’s consent.

At 1 am on Sunday, officers were sent to West Boulevard and Taylor Avenue for a pickup truck driving around with a plow and striking property.

Officers arrived and located the truck and identified the driver as Padilla-Reyes. He had the odor of alcohol coming from him and had slurred speech. He said “I’m (expletive) drunk,” and he was taken into custody for an OWI.

A woman called dispatch and said that the pickup truck belonged to her. She said Padilla-Reyes was staying at her place but was told he could not drive any of her vehicles. Video footage showed him leaving her residence at 12:53 am and stumbling in the backyard.

Padilla-Reyes was given a $2,000 signature bond in Racine County Circuit Court on Monday. A preliminary hearing is on Dec. 8 at the Racine County Law Enforcement Center, online court records show.

Andrew J Koenen4000 block of 28th Avenue, Kenosha, possession with intent to deliver/distribute/manufacture THC (less than or equal to 200 grams), maintaining a drug trafficking place, neglecting a child (specified harm did not occur and child under 6 years of ages).

Jamee J Prida4000 block of 28th Avenue, Kenosha, possession with intent to deliver/distribute/manufacture THC (less than or equal to 200 grams), maintaining a drug trafficking place, neglecting a child (specified harm did not occur and child under 6 years of ages).