Kenosha man supervised building one of city’s most famous ships, and popular resort 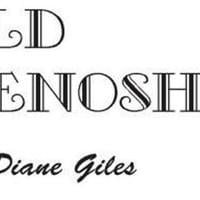 The story of the Christmas Tree Ship is a beloved tale of Wisconsin history.

The three-masted schooner was named Rouse Simmons, after a Kenosha merchant. Rouse was the brother of mattress magnate Zalmon Simmons.

In 1912, the ship Rouse Simmons, with Capt. Herman E. Schuenemann at the helm, left the Michigan coast with a load of Christmas trees bound for the Chicago harbor when it was caught in a terrible snow squall.

At that time, the schooner was 44 years old, long past its peak sailing days. It sank in Lake Michigan off the coast of Two Rivers, Wis. on Nov. 23, 1912, with all aboard.

But there is more of a Kenosha and Kenosha County connection to the ship besides the Rouse Simmons name.

The Rouse Simmons was built in 1868 by Allan McClelland and Co. in Milwaukee and a Kenosha resident, Capt. Alfred Ackerman, was superintendent at the shipyard during the time it was built.

According to his obituary, Ackerman had a part in the building of many of the historic vessels on Lake Michigan, including the last vessel he worked on, the Rouse Simmons.

The Ackerman family hailed from Jefferson County, in upper New York on the shore of Lake Ontario.

Alfred joined the crew of the ship Rainbow at age 14 and began his sailing career the Great Lakes. He served on the ships Whig and Dexter. In 1844, before he was 19, he piloted the schooner Herald.

For years he sailed between Sackett Harbor, NY, and the ports on the western shore of Lake Michigan.

Some of the large Ackerman family came to Kenosha after Alfred’s father, John W., died in 1855.

Both Alfred and Theodore list their occupations as schooner captains, presumably sailing out of the Kenosha harbor.

Years later, Theodore’s son John also took up the life of a sailor.

Alfred sailed the Great Lakes for more than 25 years when, at the age of 40 in 1865, he decided to escape the growing city of Kenosha for the western reaches of the county.

He moved his wife and four children — Harriet, Edwin, Alfred, Jr., and Ada — to a farmhouse in Randall Township in what is now the Village of Twin Lakes.

The long strip of farmland of 149 acres they had purchased waterfront property on Lake Elisabeth. (At that time, the larger of the Twin Lakes to the south was name Lake Mary. The two lakes switched names in the 1880s.)

That’s where the Federal Census found them in 1870, Alfred still claiming his occupation as “sailor.”

He built a modest cabin on the lakefront, but a few years later, realizing the potential of owning a resort, he built the Ackerman Hotel in 1874. This was the first hotel in the western part of Kenosha County. It was four stories and could hold nearly 200 guests, a massive establishment.

His hotel became a magnet for influential men of Milwaukee and Chicago and reminiscences flowed in the hotel lounge of the history of early Chicago, Kenosha and Milwaukee.

He later added a restaurant, tavern, ice cream parlor, bath house, and a dance pavilion that was later converted to a bowling alley.

During the winter, they cut ice on the lake and stored it in an ice house next to the waterfront to use all summer long.

Ever the mariner, Capt. Ackerman took the wheel of his steamboat to host cruises on Lake Mary.

He built more cabins and hotel additions and the place thrived for about 30 years.

But Ackerman was into his 80s now. He retired in 1905, handing off the operation to his son, Alfred L., but they couldn’t keep the place running.

Several years later William Schwardt bought the hotel from the Ackermans. Schwardt flipped it, but the name remained.

The Ackerman Hotel was a fixture in Twin Lakes into the 1950s and the building was nearly 100 years old when it burned in October of 1965.

As for the good captain, it wasn’t long before he sailed to his last port.

When Capt. Ackerman died on Dec. 2, 1913, at the age of 88 of hardening of the arteries, it was front page news in the Kenosha Evening News.

The paper reported the captain took great pride in the Rouse Simmons and his heart was broken when it went to the bottom of the lake one year and 10 days before he died.