Kenosha man wanted in alleged battery, crashes vehicle in front of former Shopko before police subdue him with Taser 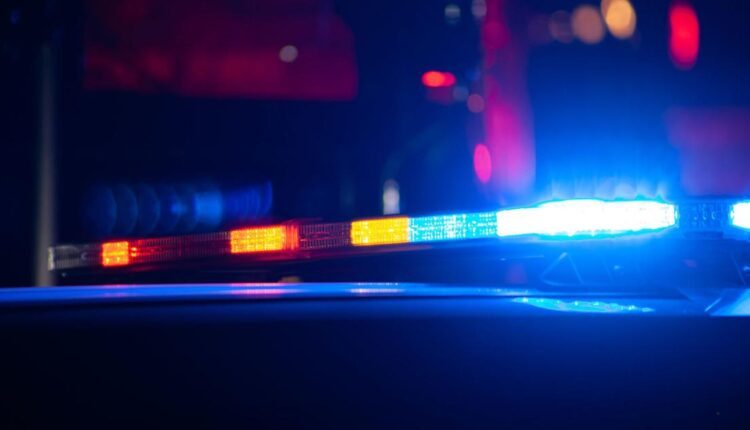 Kenosha police arrested a 32-year-old man following an alleged battery that led to a pursuit in which the man crashed a vehicle and ended with a foot chase in front of the former Shopko building at 5300 52nd St. early Wednesday.

Isaiah David Varnell was in custody in the Kenosha County Jail after the 12:20 am incident, according to Lt. Matt Strelow of the Kenosha Police Department. Police have recommended charges of fleeing and eluding an officer, possession of narcotic drugs, possession of cocaine, possession of marijuana, false imprisonment, bail jumping, battery, disorderly conduct, criminal damage to property, operating a motor vehicle while under the influence as a second offense and resisting or obstructing an officer.

Strelow said officers initially responded to the 5400 block of 60th Street for a 911 call related to the alleged battery of the woman at the residence. The woman did not require transport to the hospital.

The plastic-wrapped white powder police found was barely the size of a fingernail and weighed all of 0.2 grams. The “flash” it provides though is increasingly felt through the Brussels Marolles neighborhood, and any place in Europe where the surge in cocaine and crack supply is hitting hard. “Cocaine seems to be, or seems to have become the new normal,” chief police inspector of the area Kris Verborgh. It was more than visible in Belgium’s port of Antwerp Tuesday where again record numbers of cocaine seizures were announced. “It astounded us,” said Belgian Finance Minister Vincent Van Peteghem, reflecting on the 23 percent spike in 2022 to a total of 110 tons, and more than double what was caught five years ago.

When officers arrived at outside the residence, a vehicle fled and they pursued it, he said.

“That vehicle crashed into a drainage ditch … out in front of Shopko,” Strelow said. “Then, the lone occupant of that vehicle fled on foot and was captured.”

Multiple squads responded to the crash and during the arrest, Strelow said a Taser was deployed in an effort to subdue Varnell, who ran at least 300 yards before officers took him into custody without further incident. Strelow said there were no major injuries to the suspect and none to officers.


Jamie Edward Kovacevich45, of Salem, faces charges of possession of cocaine, operating a motor vehicle while under the influence (7th, 8th or 9th offense), bail jumping, and possession of drug paraphernalia.


Zhariana A McNeal24, of Kenosha, faces charges of bail jumping, and possession of THC.