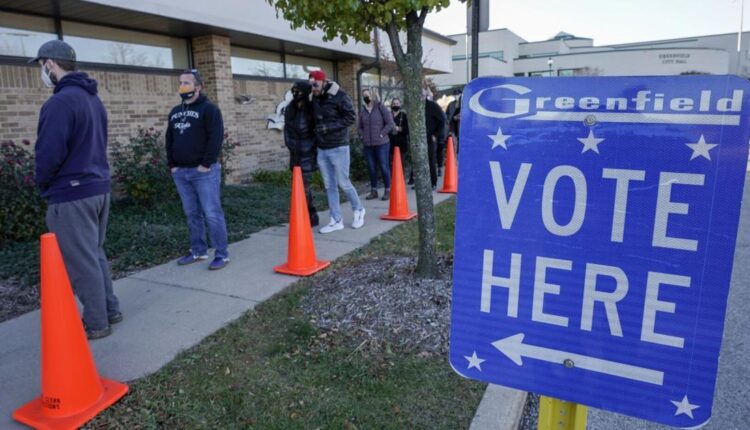 Yeah, we’ve been treated to those accusations repeatedly in the two years since ex-president Donald Trump lost narrowly to President Joe Biden in the 2020 presidential election.

It’s almost become white noise – endless white noise. The fact is that voter fraud is extremely rare here in Wisconsin and multiple reviews and audits have found no widespread fraud in the state or anywhere else.

Local elections clerks in Wisconsin referred only 12 cases to prosecutors related to the 2020 general election, out of 3.3 million cast.

Still, a recent news story out of Fond du Lac County caught our eye. It detailed how a Fond du Lac woman, Jamie Wells, and her husband, were in hot water and facing prosecution by District Attorney Eric Toney because they used the address of a UPS Store in Fond du Lac – and not a residential address as required by state law – when they registered to vote in the 2020 election.

The couple faces up to three and a half years in prison and maximum fines of $10,000 each if convicted. They said they have received help from relatives and expect legal bills close to $17,000.

Wells said she and her husband have used that UPS Store in Fond du Lac as their address for decades without a problem. They registered to vote using that address because they didn’t have another one to list – the couple lives in a 42-foot pull-behind camper because his work on farms take them all over the state.

In a bit of irony, given that its mostly Trump supporters who have consistently raised complaints of voter fraud, Wells said she and her husband probably lean Republican but had never been politically active, but they were motivated to vote in 2020 because they thought Trump was a better candidate.

Now, she says, she may never vote again.

Tomey has drawn heat for his decision to prosecute the couple, along with three others in the county who used UPS addresses to register to vote. Ion Meyn, an assistant law professor at the University of Wisconsin, called the cases in Fond du Lac “a real abuse of (prosecutorial) discretion.”

“Here you have a prosecutor who is taking a really tortured view, in my mind, of what this provision (in the statute) means. I just find that so irresponsible,” Meyn said.

The Wisconsin Watch news report also noted Toney was a Republican candidate for state attorney general and this spring at the Republican state convention, pushed his reputation as “one of the most aggressive prosecutors of election fraud” in the state.

We were all ready to get out the bucket of tar and a few bags of feathers over the idea of ​​a candidate for office using the prosecution of a state couple to advance his political career over an innocent mistake on an address. That’s specially so since they are US citizens and have a right to vote.

But the thing is, DA Tomey has a point. As he said in February when he first filed the charges, “Even if a person doesn’t have a stable residence, they’re still able to vote; they’re still able to register, it’s just a question of making sure you do it lawfully and not listing a PO Box because when you’re registering to vote you clearly don’t live at a PO box.”

That can be particularly important in races for local offices where the registered address determines who can vote in which races – aldermanic, school board, county supervisor, judges, village boards and even referendums. If you’ve given a UPS address as your residence, you may not be entitled to cast that ballot.

The issue is probably more widespread than most realize. In La Crosse County, the district attorney found 15 cases where people used UPS store addresses and then voted. The DA declined to prosecute saying they were a mistake and not voter fraud. “There’s no way a jury would say they intentionally did something to fool anybody.”

We agree with that. But, we also acknowledge that it’s important to discourage the use of false addresses for voter registration – whether it be UPS stores or anywhere else.

Tomey has made his point; now we would hope he would show a little prosecutorial discretion and walk away from harsh prosecution for an unintended mistake.