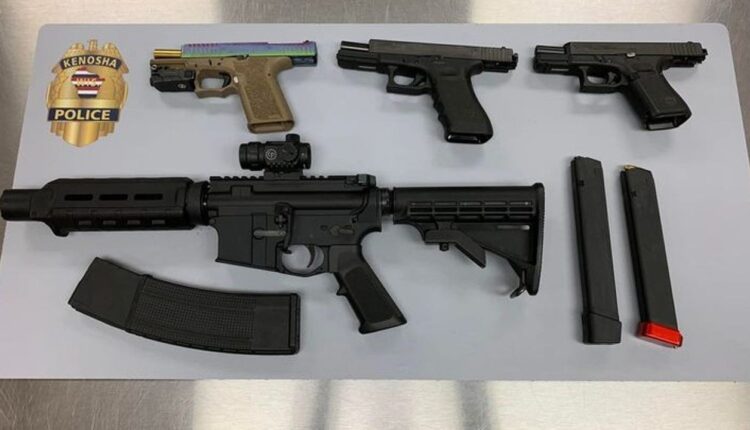 KENOSHA, Wis. – Kenosha police announced Monday, Aug. 2 that they have recovered four illegally possessed firearms. These firearms are involved in open and active cases, according to police.

The Kenosha Police Department seized a tan pistol that they describe as a privately manufactured firearm (ghost gun). Two other pistols outfitted with the auto switch, making them a fully automatic pistol able to fire the rounds in about two seconds. And a rifle that is the first privately manufactured rifle they have come across.

Kenosha police say they will keep pursuing illegal firearms and firearms that are possessed illegally.