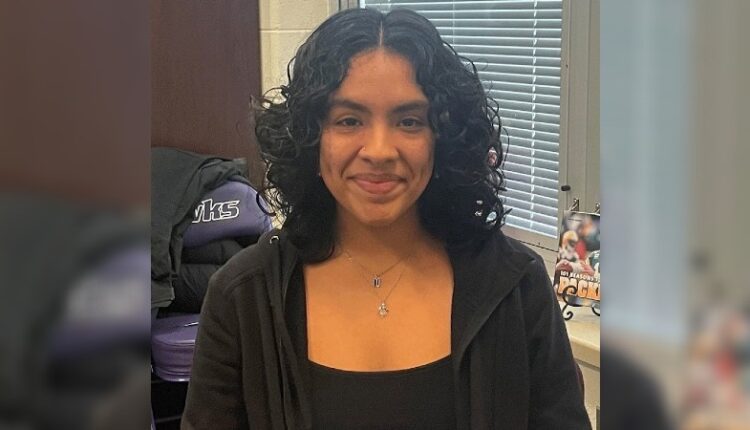 MILWAUKEE (CBS 58) –For one Kenosha high school student, an English assignment turned into an unexpected honorable mention in The New York Times.

“My jaw dropped straight down to the floor,” Aryana Olivera, a junior at Indian Trail High School and Academy, says.

Olivera was one of more than 12,000 students to enter the New York Times’ annual 100-Word Personal Narrative Contest, but her story, “El Amor Puede Hablar,” caught the attention of the judges. The 16-year-old says she was inspired by her grandmother, who speaks mainly Spanish.

“She was coming to visit for Thanksgiving,” Olivera says. “I was freaking out because I haven’t made much progress yet in being able to speak better Spanish with her.”

Still, Olivera used Spanish in her essay to convey her grandmother’s words, and she says she kept her own thoughts in English.

“I’ve come to realize all of the other times she was here, she didn’t laugh at me. She still loved me regardless,” Olivera says.

Keeping the story to 100 words was another challenge, but Olivera says her English teacher, Allison Walton, helped all of the students edit and revise their pieces to meet The New York Times’ requirements.

The school’s principal says the contest was a great way of unlocking students’ hidden talents, and he was very impressed with Olivera’s submission.

“Some people will take tons and tons of paragraphs to get such an emotional value, but when you read this piece, it just strikes at the heart of what a young lady like [Olivera] is feeling and going through,” Scott Kennow, the principal of Indian Trail High School and Academy, says.

Olivera says she will keep practicing her Spanish and writing because it helps her express her thoughts. And she might just see her name published again.

“I’m still overwhelmed. I can’t really process that my name is on [The New York Times,]” Olivera says.

What went wrong with the Packers? With issues aplenty, the list is frustratingly long