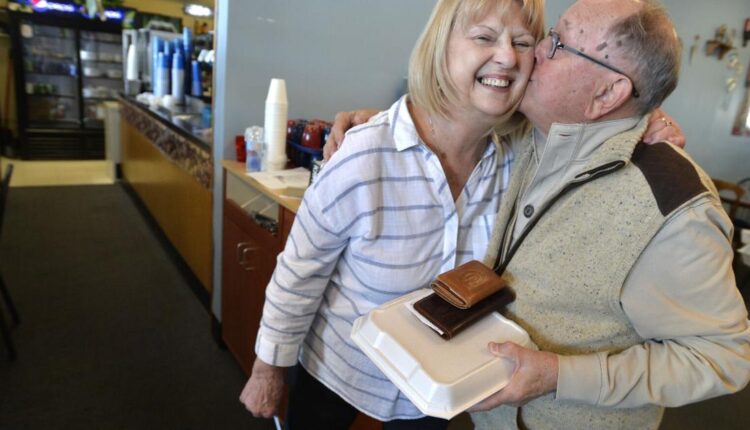 After more than 20 years, the Soup Depot, 2731 18th St., served its last meal Wednesday, giving away soup, burgers, fries and more for free as a final farewell to its loyal customers.

Customers ate from Styrofoam containers and with plastic utensils, as the silverware and plates were gone. Owner Barb Panagoulias was behind the counter, waving away credit cards and shaking the hands of regulars who had enjoyed meals at the Soup Depot for years.

They stayed open until they ran out of food.

The Soup Depot opened in 2001, although it was not the first restaurant for Barb or her husband Jimmy. The couple met in the late 1970s and married about a year later. Before the Soup Depot, they started two restaurants together, one in 1980 and another in 1989.

There are no more businesses in their future, however. Panagoulias said she plans to retire and relax for a while.

After more than 43 years in Kenosha, Panagoulias said she and her husband will be staying in town after retirement.

Closing their final restaurant was “heartbreaking” for her.

“It was just a small place when we started,” Panagoulias recalled. “We added on over the years. But it’s time to bid it farewell.”

Several factors pushed the couple toward retirement, she said. Staffing was down, supplies were difficult to get and Jimmy was having health issues.

With their lease ending soon, Panagoulias said they decided it was time to close the restaurant.

Dianna and Woody Hodges, who live just across the street from the restaurant and ate breakfast there every week, had their final meals at the Soup Depot Wednesday and said their goodbyes.

“We really like Barb and Jimmy,” Dianna said. “They’re just such nice people.”

After spending decades in the restaurant business, Panagoulias said she wouldn’t have done any of it differently.

“I’ve had a lot of tearful customers these last few days,” Panagoulias said. “It makes me sad, but it’s time for me to stop.”