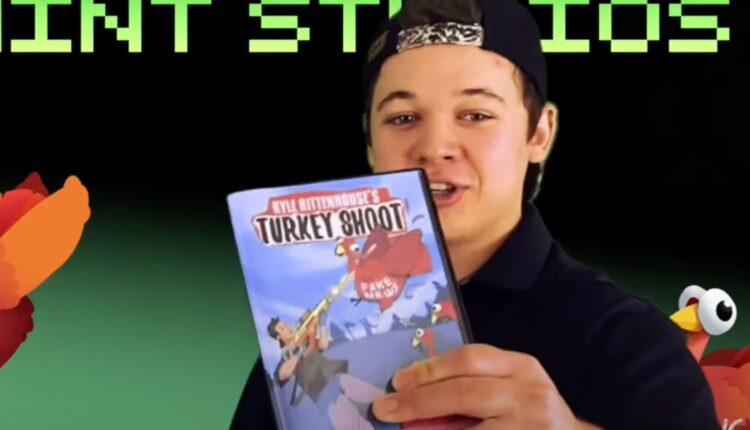 Kyle Rittenhouse on Thursday — Thanksgiving — shared a video on Twitter promoting a video game in which a character based on himself shoots turkeys that symbolize the so-called “fake news” media.

Rittenhouse appears in the spot for “Kyle Rittenhouse’s Turkey Shoot” with the game’s developer, Mint Chip.

In the promo, Rittenhouse claims the media has ruined his life. He claimed self-defense and was found not guilty after he shot two unarmed racial justice protesters to death in Kenosha, Wisconsin, in 2020.

“When I saw how these fake news turkeys operated, I had to start coding immediately,” the developer says in the clip. “Gamers will get to play as Kyle Rittenhouse using a highly specialized laser gun to strike down any turkey that spreads lies, propaganda, or liberal bias.”

“We’re not clucking around,” the programmer concludes.

Rittenhouse has become something of a celebrity among right-wingers since his acquittal, meeting with former President Donald Trump and the Republican House caucus.

The game was initially released earlier this year to raise money for his legal fund.