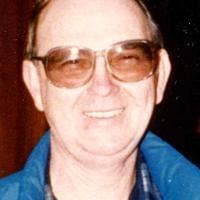 He was born August 15, 1927, in Black River Falls, WI the son of the late Elmer and Gertrude (Moe) Kersting. Vern graduated from Mary D. Bradford High School and went on to proudly serve in the United States Army in the Korean Conflict before he was honorably discharged in 1953.

He was employed as a Supervisor at Kenosha Water Utility for 30 plus years prior to his retirement.

Vern was an avid reader and enjoyed westerns, spy, and crime fiction. He took enormous pride in his landscaping and liked to garden. He liked taking trips to the cabin with his family where he would hunt and fish. In the 50’s and 60’s he enjoyed spending time working on cars with his brothers. During retirement, Vern had the opportunity to take the Honor Flight in Washington DC.

In addition to his parents, Vern was preceded in death by his brothers: Richard (Dolores) Kersting, Frederick (Nancy) Kersting, Harry (Sharon) Kersting, and Charles (Fran) Kersting.

Memorial visitation for Vern will be held tonight, January 11, 2023, from 3:00 pm until 5:00 pm at Proko Funeral Home. Interment will be held privately at Southern Wisconsin Veterans Memorial Cemetery in Union Grove, WI.