Local resources for those struggling with mental health 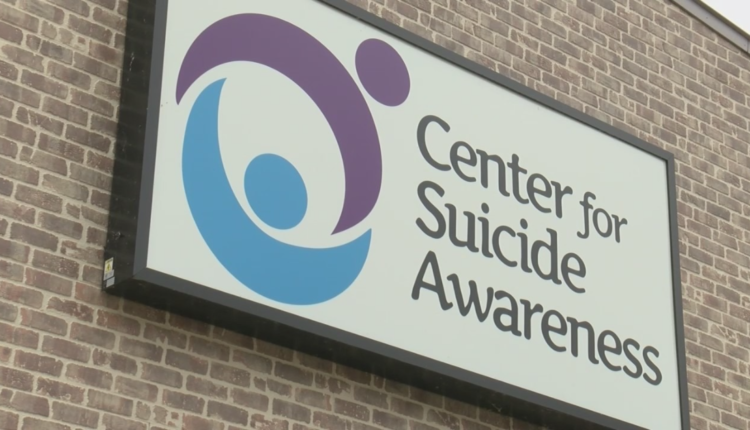 APPLETON, Wis. (WFRV) – There’s a new number for people to dial when they are experiencing a mental health crisis.

Starting on Saturday, the number to call or text is 9-8-8 for the National Suicide Prevention Lifeline. The goal was to make the number shorter so people could remember it more easily. The number connects those in crisis with trained mental health professionals who can respond to the individuals’ needs accordingly.

Executive Director of Prevent Suicide Fox Cities Cindy Reffke said she’s been anticipating the official announcement of the change for two years. In that time, she says she’s been telling people about the imminent change and even revised some of the organization’s literature to include the 9-8-8 number.

Prevent Suicide Fox Cities in Appleton looks to end the stigma surrounding mental health, promote mental well-being, and offer support groups for those who have lost loved ones to suicide.

“We’re out and very visible in many different spaces,” said Reffke.

The organization also has lots of clothing branded with the slogan ‘Tell Someone, I’ll Listen, Tell Me.’ They try to wear branded clothing out in public as much as possible.

“It’s an open invitation for people to talk with us,” said Reffke.

Over at The Center for Suicide Awareness in Kaukauna, executive director Barb Bigalke is also working hard to crack the stigma surrounding mental illness.

‘SLOW DOWN!’: Vehicle stopped for going 95 mph in Ashwaubenon, police ask drivers to lay off the gas

“Stigma hinders people from asking for help, the perception is that I’m weak and that I can’t handle things,” said Bigalke.

Bigalke created a resource called the Hope Line in 2014. People can text ‘hopeline’ to 741741 and get connected with one of 2600 trained crisis counselors.

This resource is not for emergencies, rather it’s supposed to allow people who are struggling with something to talk to professionals before it gets to the point where it becomes an emergency.

She offered the following advice on how you can help somebody who is struggling with their mental health.

“Just listen, take it all in and let them vent just be that really good friend no judgment I don’t have to put my own two cents in,” said Bigalke.

Bigalke says most people have to wait days or weeks before being able to get an appointment with a therapist making more immediate help options like the Hopeline even more important.

For more information about the Center for Suicide Awareness click here.

ARCH Medical Solutions Corp. announces the acquisition of MedTorque, a world-class manufacturer of orthopedic devices with facilities in Kenosha, WI, and Elmhurst, IL

Accused drunken driver says he ‘drinks alcohol like it is coffee’