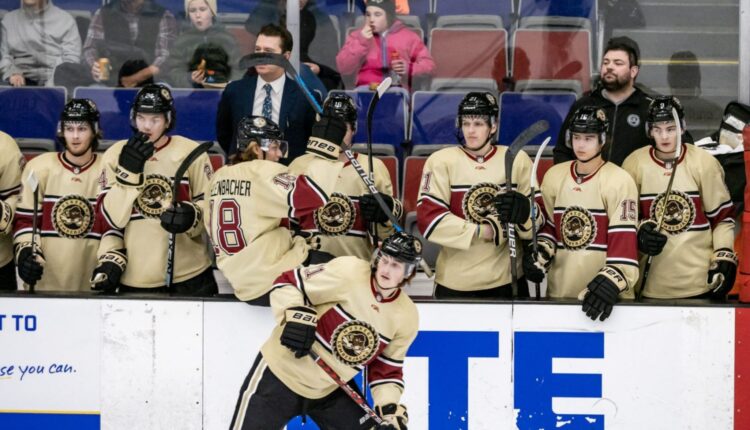 Six straight goals was the bounce the Muskegon Lumberjacks were looking for in the start of their weekend matchup with visiting Madison on Friday night.

The Lumberjacks used a 4-0 lead in the first period and two early goals in the second to cruise past the Capitols with an 8-3 win at Mercy Health Arena. 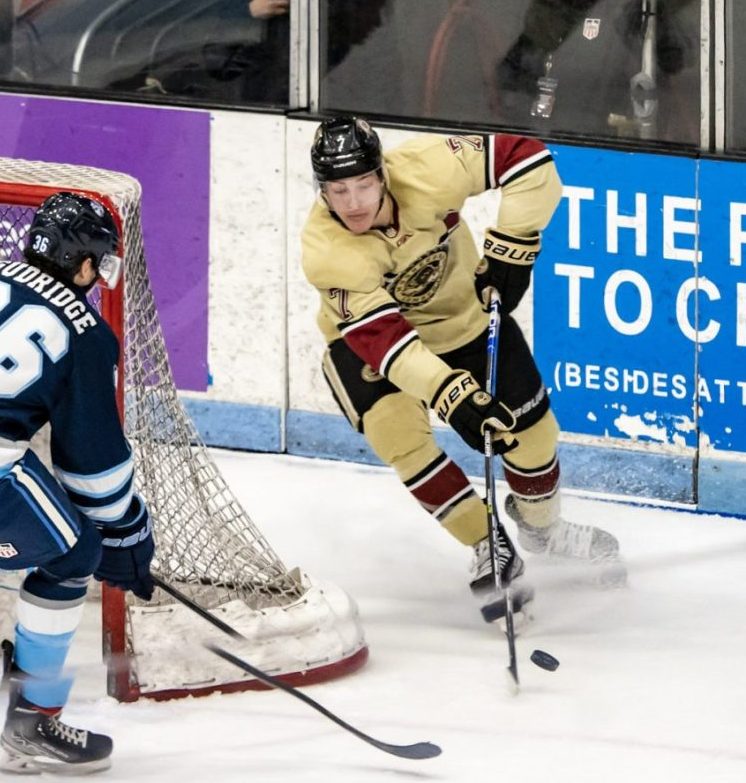 Tyler Dunbar got Muskegon started with a 1-0 lead nearly four minutes into the game on a powerplay goal assisted by Nathan McBrayer and Tyler Hotson.

Two minutes later, Gavin McCarthy put Muskegon up 2-0 on another Lumberjacks powerplay tally. Owen Mehlenbacher and Michael Callow came through with helpers on the play.

Ethan Witcomb gave Muskegon a 3-0 lead on the first of his two goals of the night and Luke Buss followed up with a power-play goal with 24 seconds left in the period.

Muskegon continued its hot start in the second period with goals from David Hymovitch and William Hughes to lead the Lumberjacks to a 6-0 lead.

Witcomb and Buss capped off scoring for Muskegon in the third period to keep the door shut on Madison. 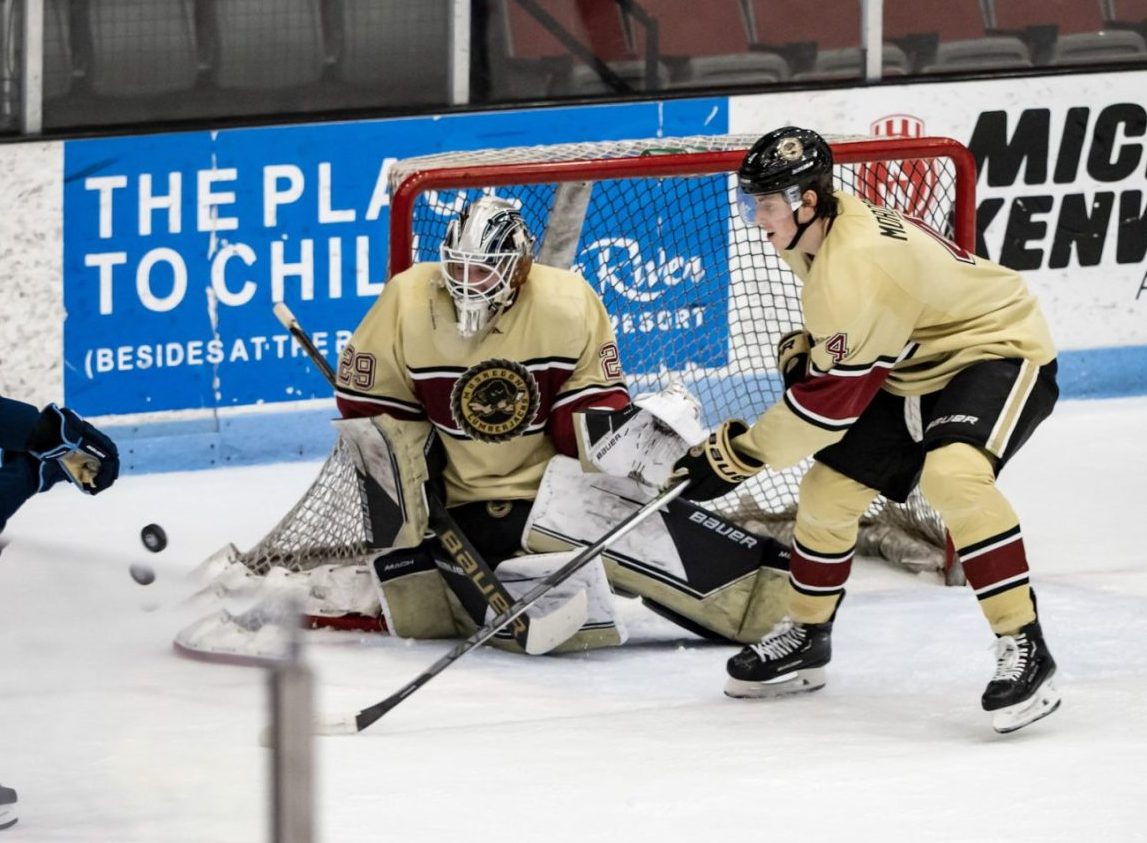 Conor Callaghan makes the save with No. 4 Matthew Morden at his side. Photo/Sondra Workman

Four different players had multipoint nights for Muskegon. McBrayer finished with three assists while Buss had two goals and an assist. Whitcomb ended with two goals and Hotson had two assists.

Muskegon is now in fourth place with a 9-7 record and 18 points, behind first-place Chicago which has 24 points.

The Lumberjacks continue their holiday weekend matchup with Madison on Saturday with a 7:05 pm puck drop.

Check out a few more photos from the night, shot by Sondra Workman. 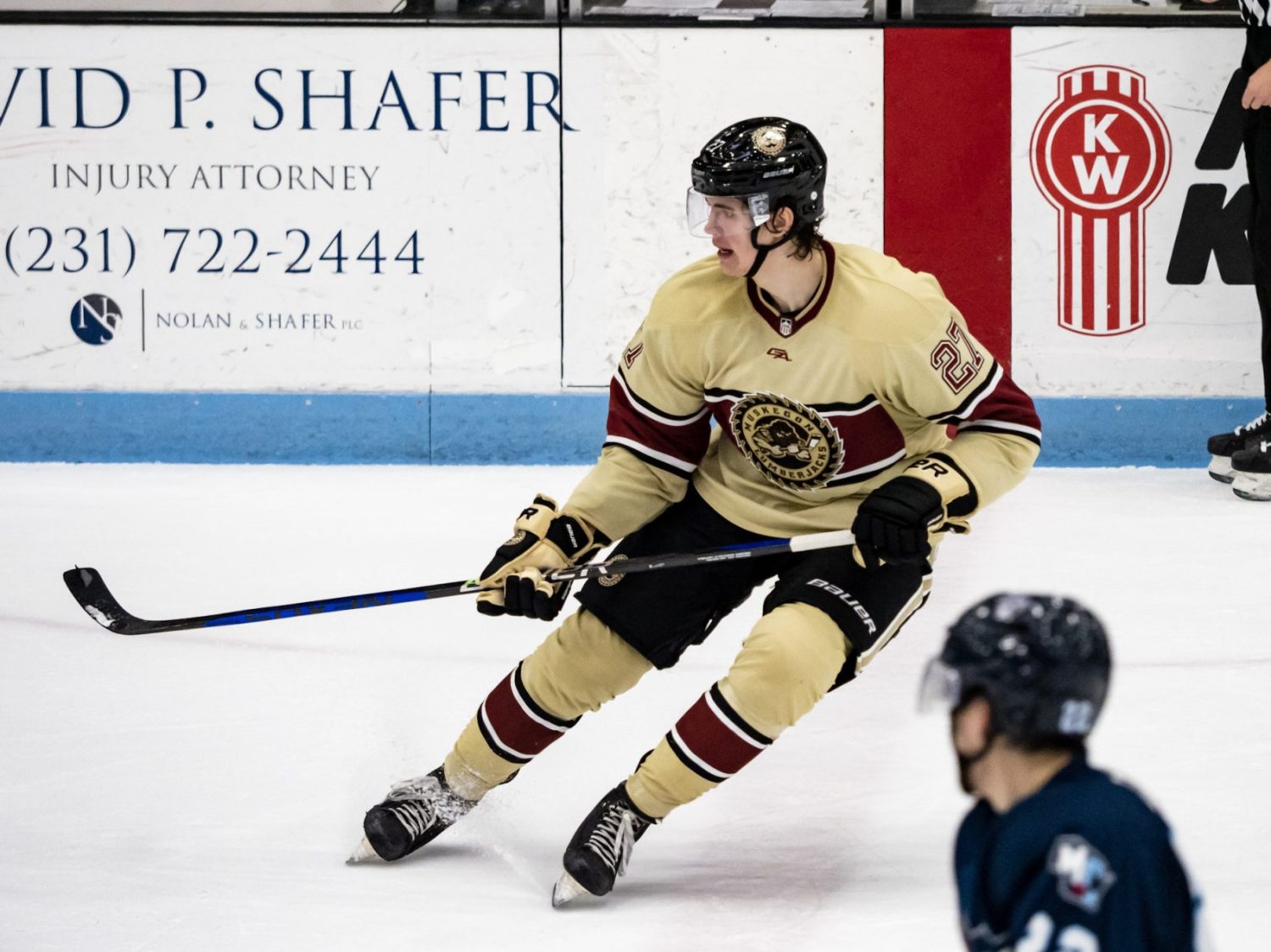 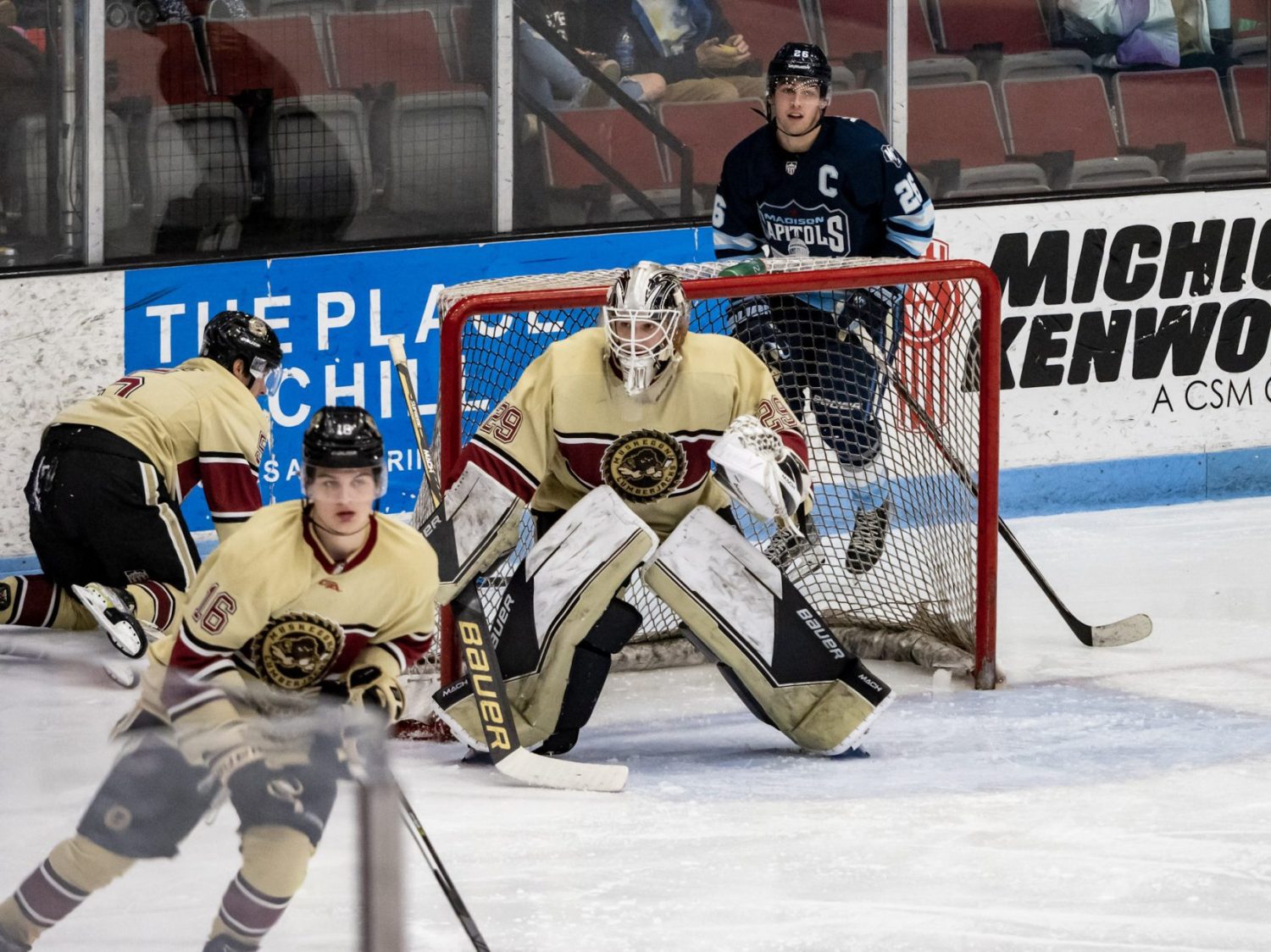 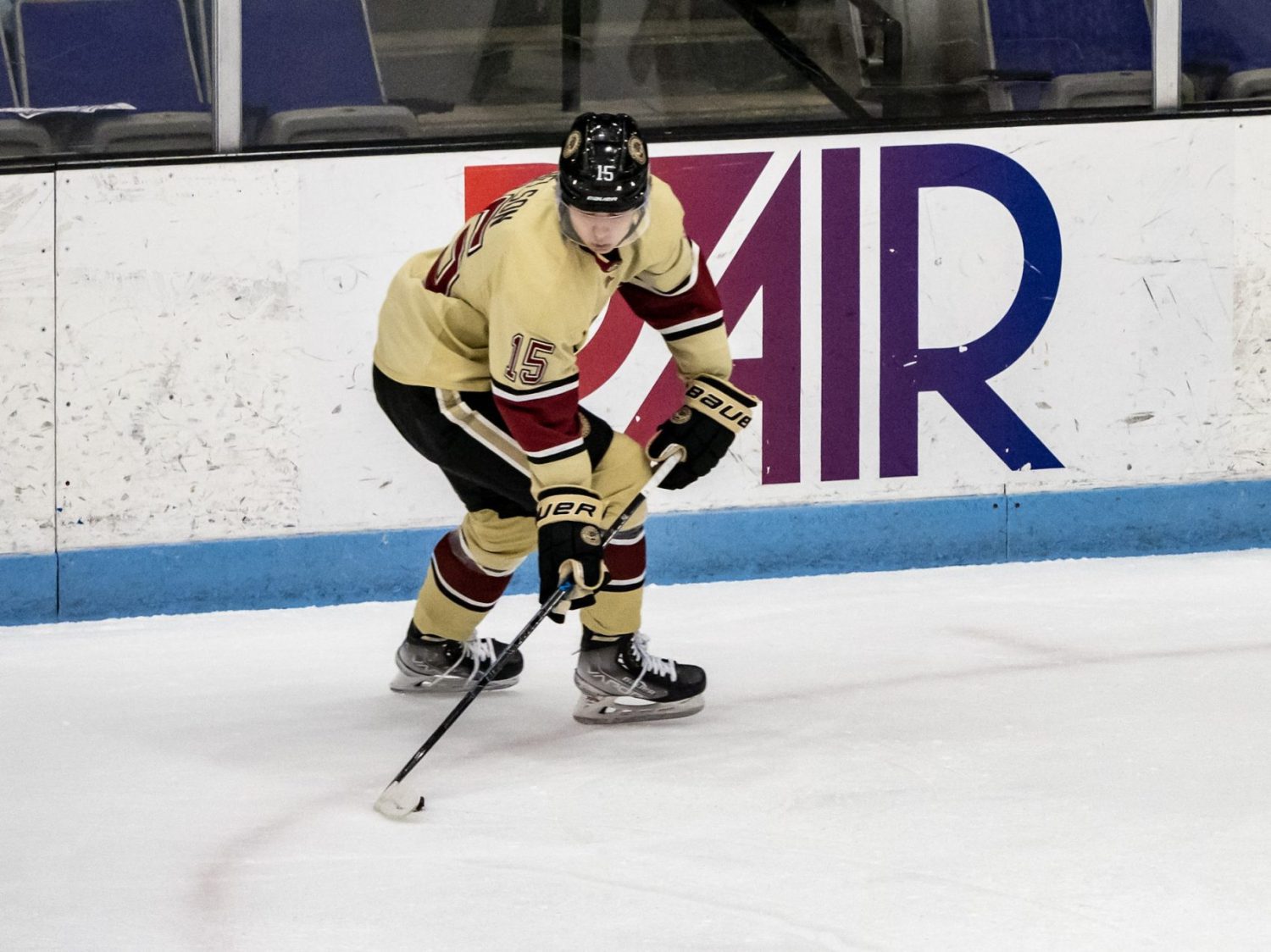 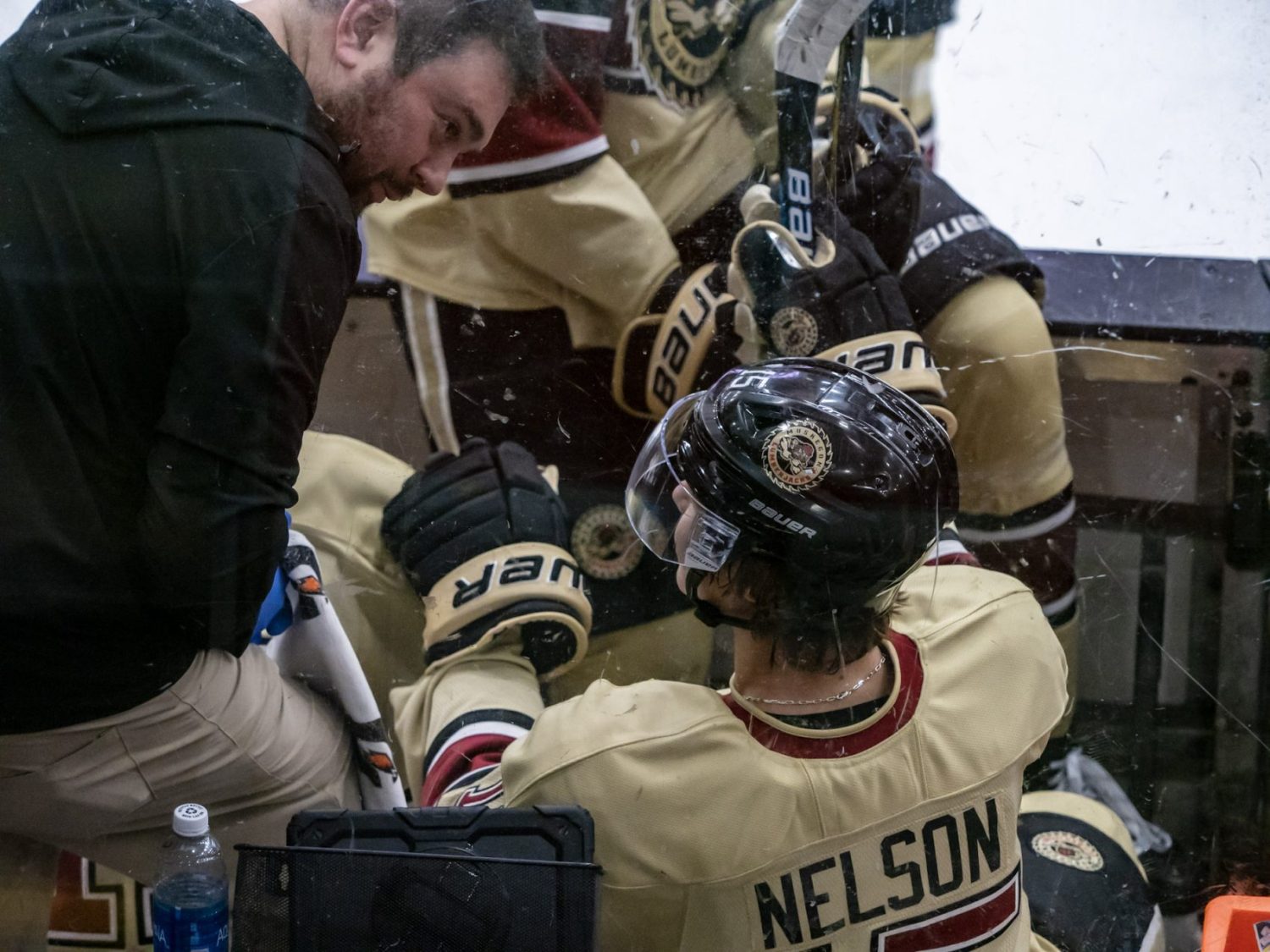 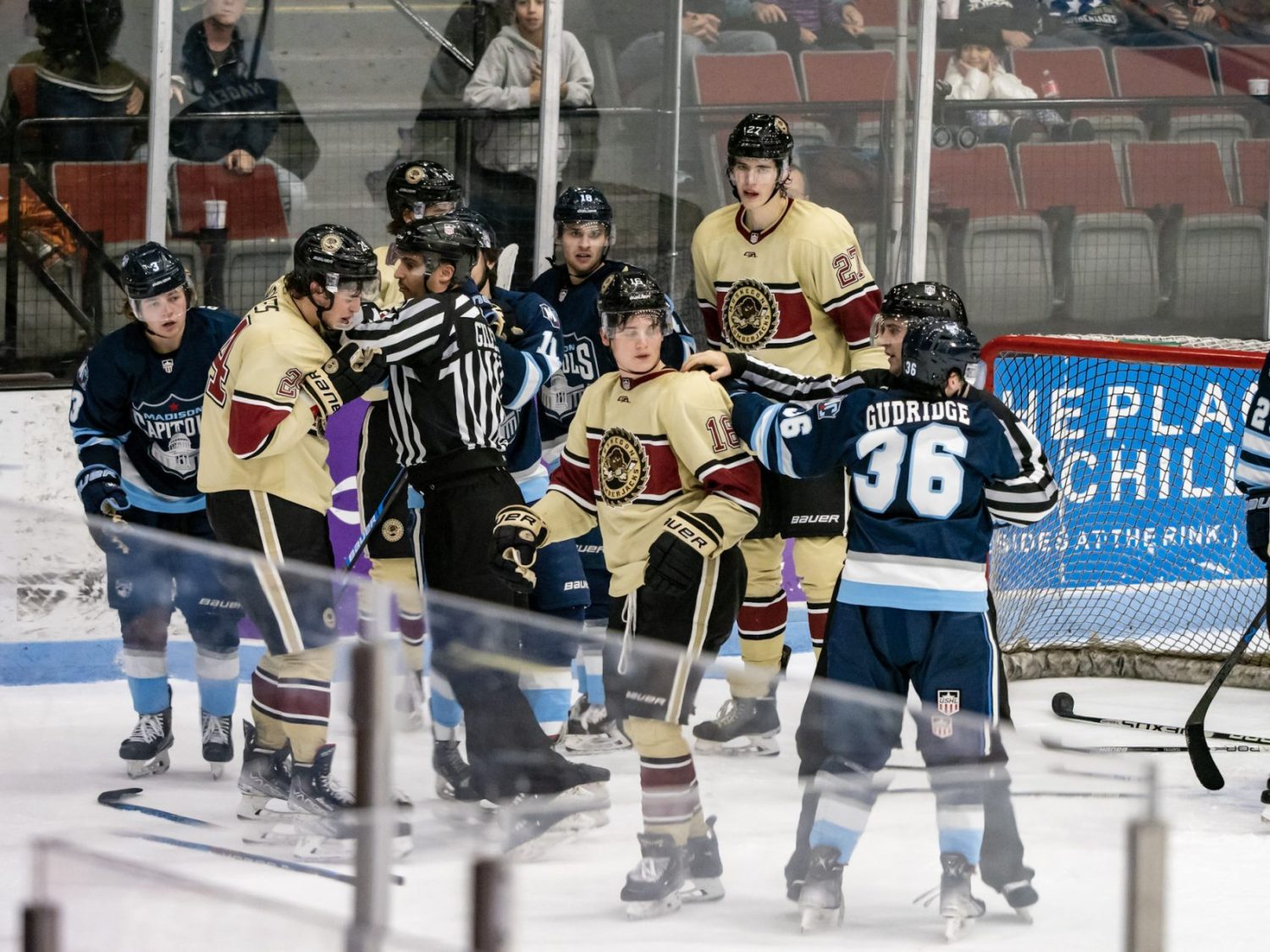 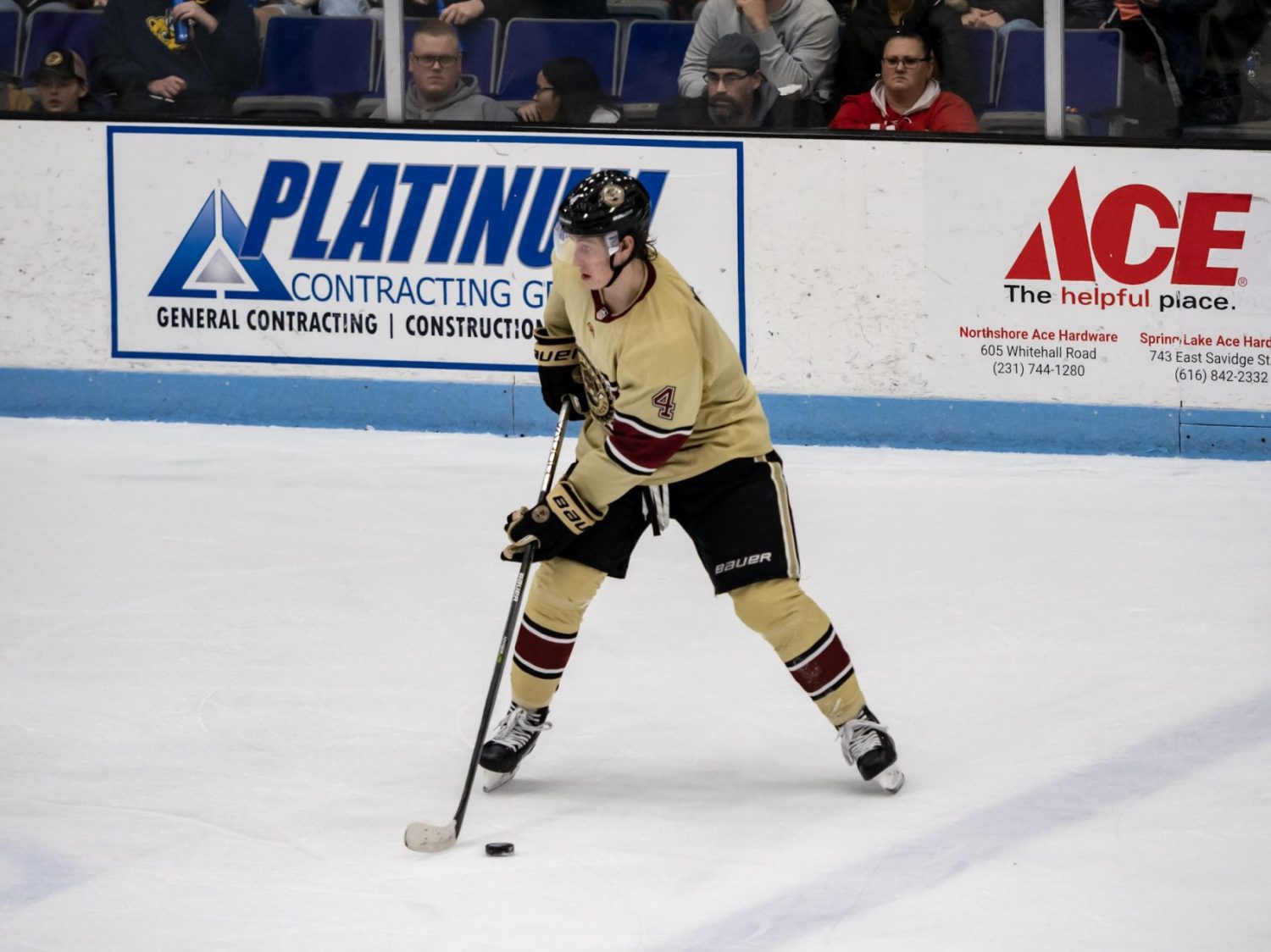 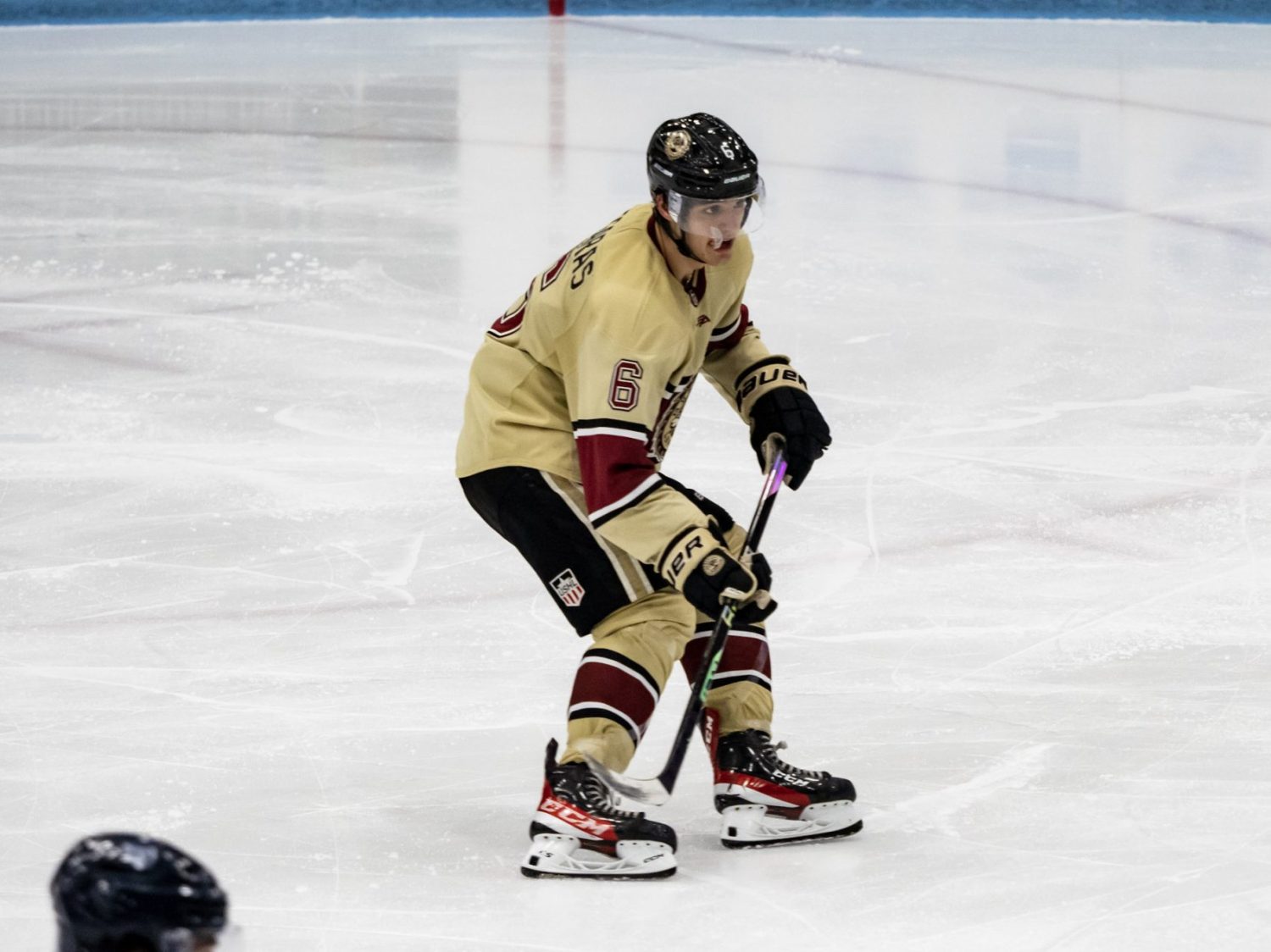 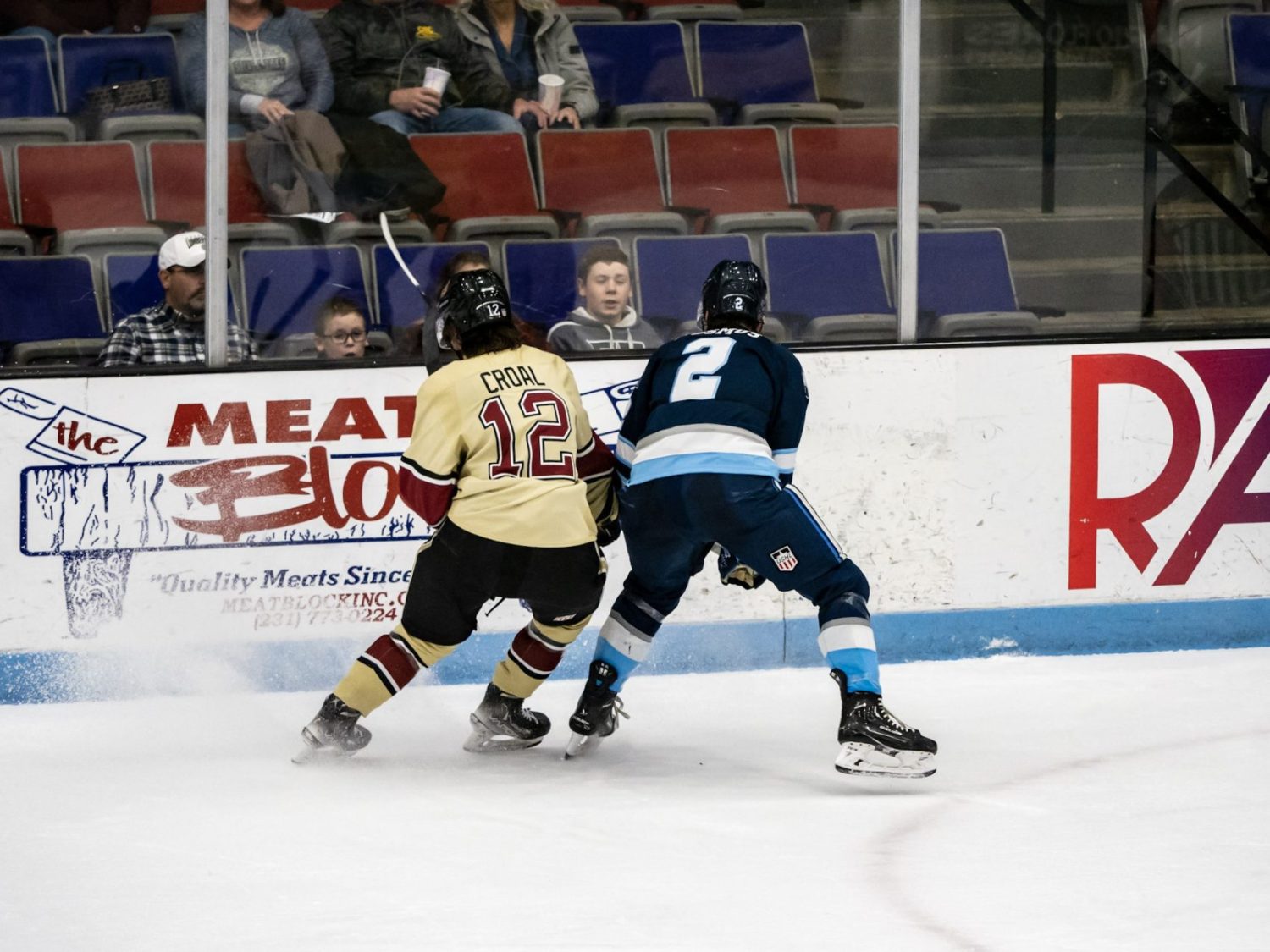 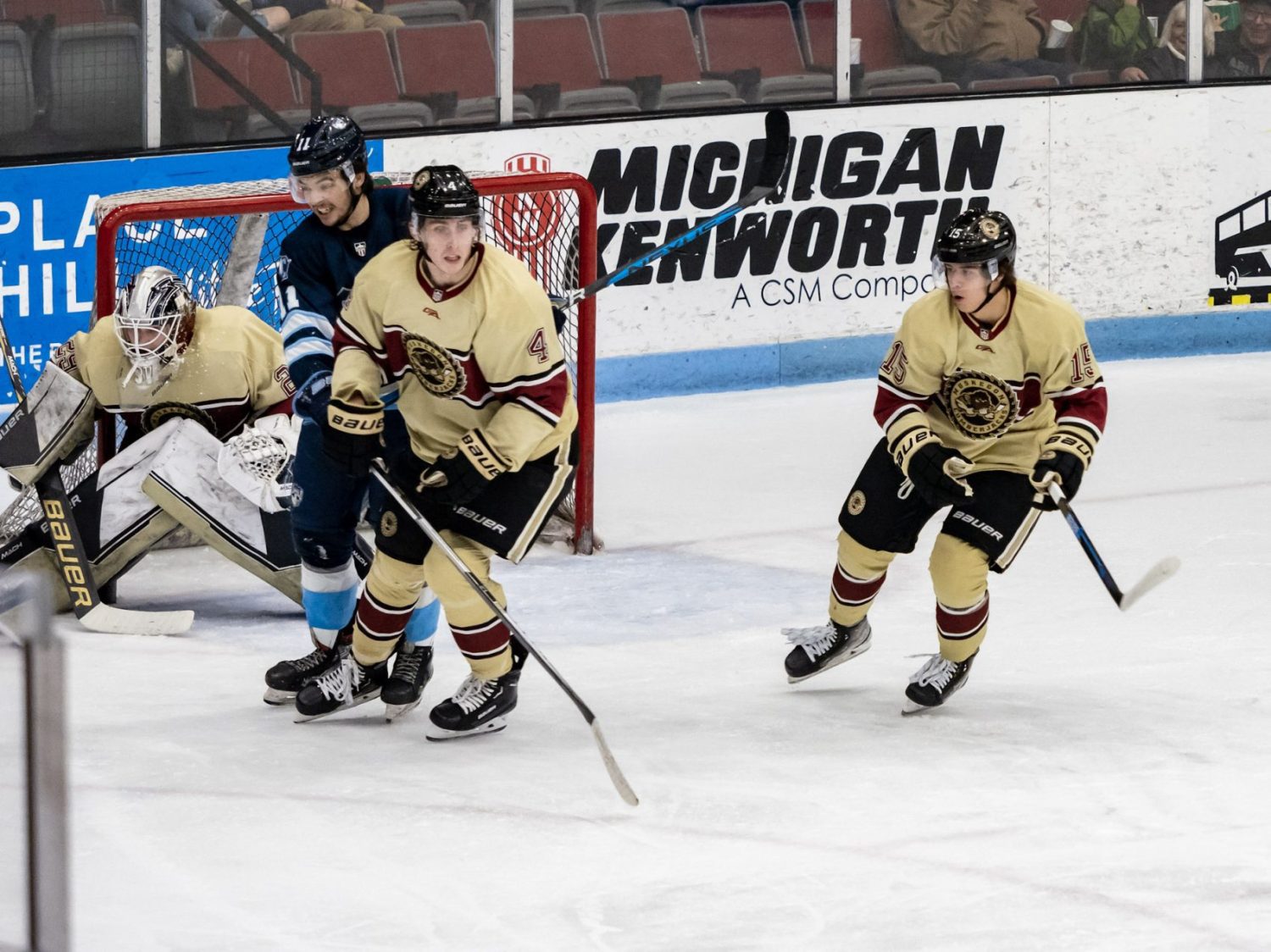 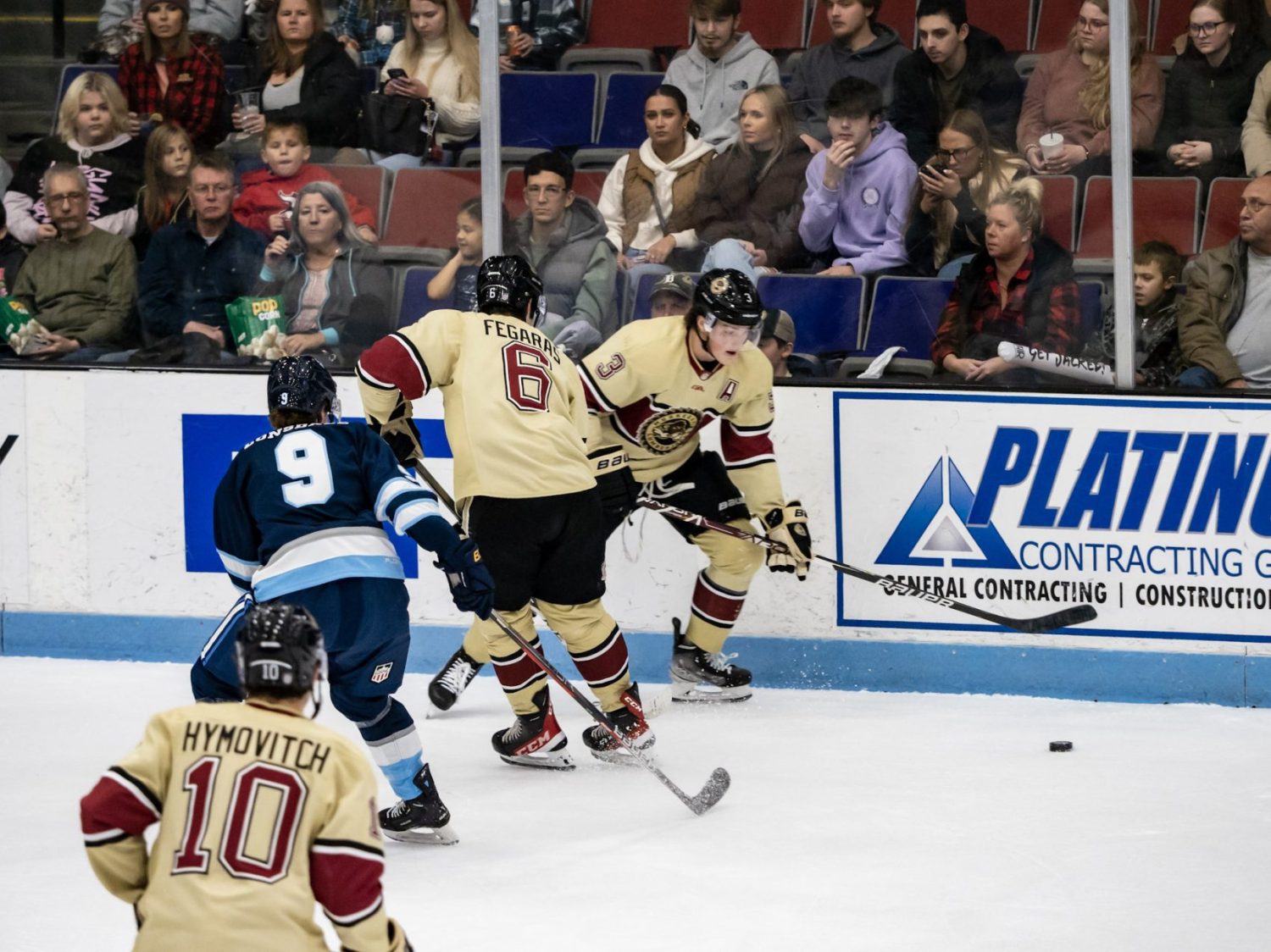