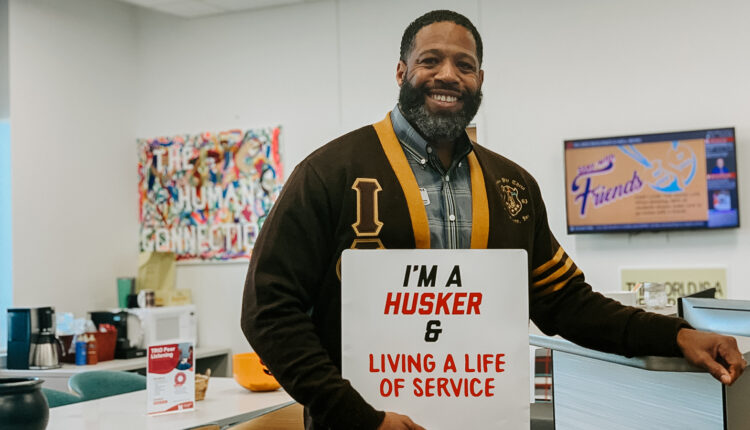 Kenji Madison’s dedication to service began when he enlisted in the United States Army after graduating from the University of Nebraska–Lincoln in 1999, and now manifests in making sure all Husker students feel seen, supported and protected on campus through Big Red Resilience and Well- being

“Where I’m at now, I see that all the discipline, experience and relationships that I’ve built through my years of service have taught me to consider everyone equally,” Madison says. “When you need help and resources, it doesn’t matter if you have different experiences, different backgrounds or different belief systems. What matters is the feeling that someone has your well-being in their hands.”

Madison, who grew up in Phoenix, Arizona, came to Nebraska in 1995 and graduated with a degree in psychology. Because his father was a career Marine, service was always in the back of his mind.

“I’ve always intrinsically known that I wanted to serve in some capacity,” he recalls. “This is the social scientist in me, but I feel it was a way for my father and I to connect through a transcendental calling, through something greater.”

Madison remembers he and his father comparing their basic training photos, reflecting on who they were then and the men they grew to become in the military.

“Looking at these pictures, I see these wide-eyed young men not really having any idea what the bigger world is all about,” he said. “Putting on the uniform gave me a better understanding of myself, my responsibility to others, the larger world and different perspectives.”

On Veterans Day, Kenji says that it’s not just a time to memorialize those who’ve served — we must also consider those in active service.

“Veterans Day to me is an opportunity to consider,” he said. “I consider not only my service, but the service of those who I’ll never meet, their families, their sacrifice and their service to the greater good. It’s a responsibility we have, as civilians, to consider those that selflessly give themselves to protect our freedoms.”

Kyle Rittenhouse, 19, thanks Elon Musk for his $8 blue tick verification badge on Twitter