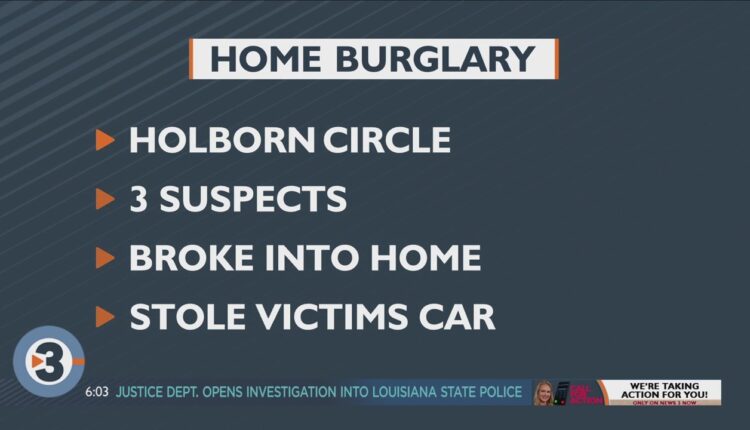 MADISON, Wis. — Madison police say a man reported he pretended to sleep while burglars entered his home and stole the keys to his car before taking off in the vehicle early Friday morning.

Officers were called to the 2800 block of Holborn Circle near High Crossing Boulevard on Madison’s far east side just before 2:30 am Friday. A man who lives there told the responding officers that he parked his vehicle in the driveway of his home but had left it unlocked.

Police determined the suspects in the burglary were able to find a garage door opener in the unlocked vehicle and used it to get into the home.

The man told the police three suspects entered the home as he was lying on the couch. He says he pretended to be asleep while the burglars were inside, and he heard one of the suspects go upstairs before coming back downstairs, carrying keys that were jingling.

The man said the suspects left his home and drove off in two vehicles—one they arrived in, and the one they stole from him.

Police do not have more information about the theft at this time.