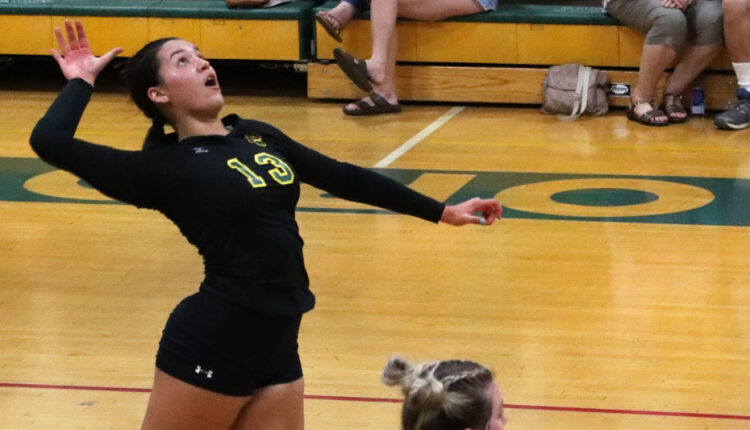 Madison Navarrete kept feeding and feeding and Alina Nunez kept hitting and hitting. The Canyon del Oro senior outside finished with 32 kills in a 3-1 victory over Catalina Foothills Wednesday night at home but her final six kills were possibly the most impressive.

The Falcons needed the fourth set to push the contest to a fifth and the Andrea Soroa to Molly Brunell scoring machine was also in high gear. Soroa hit Brunell three times and Tori Staples came up with two huge blocks and the Falcons had a 21-19 lead. Navarrete responded with a cross court offering to Nuñez and the lead was cut down to 21-20. A service error by the Dorados was followed by a kill by Ana Haubner and the Falcons took what looked like an impossible-to-overcome 23-20 lead on the Dorados…

Named one of “Arizona’s Heart & Sol” by KOLD and Casino del Sol, Andy Morales was recognized by the AIA as the top high school reporter in 2014, he was awarded the Ray McNally Award in 2017 and a 2019 AZ Education News recognition. He was a youth, high school and college coach for over 30 years. He was the first in Arizona to write about high school beach volleyball and high school girls wrestling and his unique perspective can only be found here and on AZPreps365.com. Andy is a Southern Arizona voting member of the Ed Doherty Award, recognizing the top football player in Arizona, and he was named a Local Hero by the Tucson Weekly for 2016. Andy was named an Honorary Flowing Wells Caballero in 2019, became a member of the Sunnyside Los Mezquites Cross Country Hall of Fame in 2021 and he was a member of the Amphi COVID-19 Blue Ribbon Committee. He earned a Distinguished Service Award from Amphitheater and he was recognized by the Sunnyside School District and by Tucson City Councilman Richard Fimbres. Contact Andy Morales at [email protected]