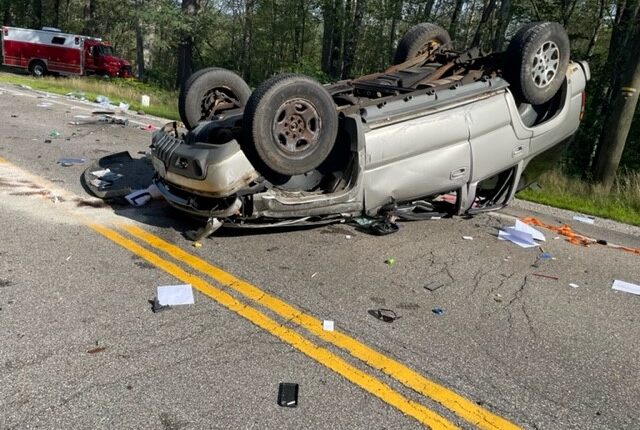 State Police in New Hampshire are investigating a crash in which three adults were ejected from a vehicle, leaving one of them dead.

Troopers responded to a crash on Ledge Pond Road in Madison around 3:47 pm Sunday, authorities said, where first responders discovered a Chevrolet Tahoe on its roof. Upon arrival, state police discovered three adults ejected from the vehicle, along with five children inside the vehicle who sustained minor injuries.

One of the three adults was transported to Memorial Hospital in North Conway, where he was pronounced dead, according to state police. The two other adults, one male and one female, were flown to Maine Medical Center in severe condition, state police said.

Authorities said a preliminary investigation has shown that none of the three adults were wearing their seatbelts at the time of the crash, which occurred as the Tahoe was traveling southbound on Route 16.

The roadway surrounding the accident was closed down, state police said. It is unclear how many vehicles were involved in the crash.

The crash remains under investment by New Hampshire State Police.