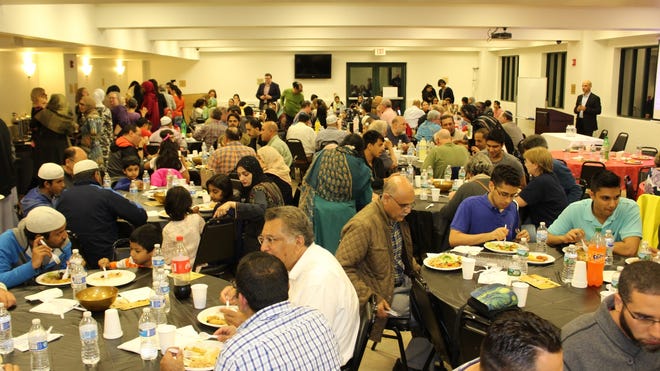 The Madison Planning Board unanimously approved long-reviewed plans to build a new mosque on property formerly owned by Drew University on Madison Avenue.

This week’s vote followed months of hearings on the project, which met opposition from several neighborhood residents near the property on a busy thoroughfare that cuts through several towns along the Old Route 124 corridor.

“There are a number of concerns that we have raised on this matter during the hearings, including but not limited to parking lots, lighting and landscaping,” said Simon. “And the impact on local roads for sure.”

The final application for a site plan calls for the construction of a 14,300 square meter mosque west of the Drew campus. The 41-foot high mosque would have two floors, a dome and a basement. Another feature of the proposal – a 75 foot high minaret – was also the focus of some local residents.

Madison-based Waseem Chaudhary owns the property and filed the applications. His lawyer did not respond to requests for comment.

The mosque would be the sixth in an increasingly diverse Morris County. Two more are in Boonton, with others in Mount Olive, Rockaway and Parsippany.

Parsippany Street:Parsippany man admits he killed a man after seeing him talk to his girlfriend

The property on the corner of Madison Avenue and Vinal Place is the former location of Drew’s Alumni Hall.

“Drew University has managed the targeted sale of the former Alumni House building – which was vacant land at the time it was sold last year – for the purpose of building our foundation,” said a university spokesman. “The university has had no connection with the property since the sale.”

Simon said he and his clients will consider a final construction approval decision “to ensure the concerns of residents in the neighborhood are addressed”.

Site plan details and additional renderings are available on the Madison website.

William Westhoven is the local reporter for DailyRecord.com. For unlimited access to the most important news from your local community, subscribe or activate your digital account today.