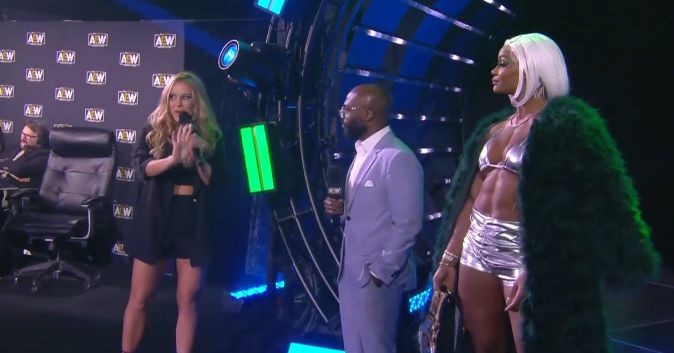 Madison Rayne is a busy bee this week. Fresh off news that she was hired by AEW as coach of the women’s division, the company also announced that Rayne is set to make her AEW wrestling debut on Rampage.

In addition, Rayne popped up on a special Thursday episode of Elevation for guest commentary. Rayne even had a confrontation with Jade Cargill and Stokely Hathaway to set up Leila Gray as her opponent for Friday night.

On top of all that, Rayne’s time with Impact has yet to officially conclude. Through the magic of television production, Rayne pulled a double dip for Elevation and Impact Wrestling on Thursday night. Rayne confronted Mia Yim backstage in the Impact Zone, and she was forced by Gail Kim to wrestle Yim next week.

Rayne versus Yim will air as footage from the July 16 TV taping.

The Madison Rayne train has no stop in sight. Are you all aboard?

Animal auctions a highlight of the fair – West of the I