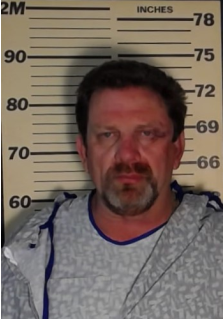 The shooting happened on Sunday, August 14 just before 8:00 pm at the Tidwater Subdivision in Madison.

When officers arrived, they found a 56-year-old man in the area who was suffering from multiple gunshot wounds. Other officers canvased the area and detained another man, who was the apparent roommate of the man who was injured.

During an investigation, the police said the two men got into a physical fight outside their residence and then continued once inside the house. During the fight, police said one of the men obtained a .357 caliber revolver and shot the other man multiple times.

The victim fled to the outside of the home. Police said they were able to recover the firearm from the scene, along with what was believed to be illegal narcotics.

The gunshot victim was taken to the University of Mississippi Medical Center (UMMC) in Jackson by Pafford Ambulance Service where he is listed in stable condition.

The suspect, identified as 56-year-old George Pickett, Jr., was also taken to UMMC for treatment of minor injuries received during the initial fight.

Once Pickett was released, police said he was charged with Aggravated Assault with a Weapon, Possession of Marijuana and Possession of a Controlled Substance. Pickett is being held at the Madison County Detention Center awaiting his initial appearance in Madison Municipal Court.