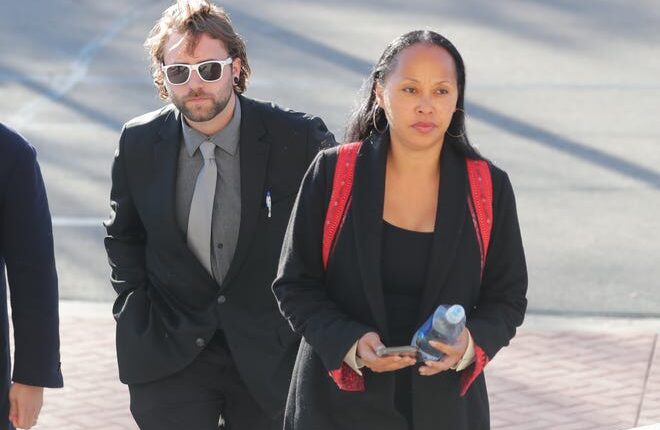 It’s been two years since Gaige Grosskreutz became linked to the deadly actions of one-time homicide suspect Kyle Rittenhouse, and he says he can’t shake them.

This week, Grosskreutz filed a secret petition to change his legal name — that was quickly reported by a conservative news outlet, prompting his call for a leak investigation by the Milwaukee County Clerk of Circuit Court.

Grosskreutz, 29, of West Allis, was shot in the arm by Rittenhouse on Sheridan Road in Kenosha on Aug. 25, 2020, minutes after Rittenhouse fatally shot two other men with the same AR-15-style rifle. The violence came on the third night of protests, looting and arson that followed the police shooting of Jacob Blake Jr.

Rittenhouse was charged with two homicide counts and the reckless injury of Grosskreutz, who tested at Rittenhouse’s trial in November 2021. He told jurors he thought he was going to die when Rittenhouse pointed his rifle at him.

But the gun jammed, and as Rittenhouse re-racked the weapon, Grosskreutz decided to jump on Rittenhouse, rather than shoot him with Grosskreutz’s own handgun, which he was holding.

The jury acquitted Rittenhouse of all charges after he shot all three men in self-defense.

Online court records show a “confidential name change” was filed under seal by Grosskreutz on Tuesday. It was first reported by Kenosha County Eye.

Grosskreutz’s attorney, Kimberly Motley, said neither she nor her client would talk about the name change petition.

She complained someone must have leaked its existence to Kenosha County Eye, the outlet run by Kevin Mathewson, himself a one-time key figure in the Kenosha unrest.

Mathewson is a former Kenosha alderman who called for armed people to come and defend the city in a post to a Facebook account called The Kenosha Guard. Mathewson then covered the Rittenhouse trial as a freelance photographer and got into a public yellowing match with one of the prosecutors at one point.

“Yes, after two years of death threats from right wing lunatics I made the difficult decision to change my name for the protection of me and my family,” Grosskreutz said in a statement made through his lawyer.

“But the real story here isn’t that I am seeking to change my name, but that a process that is supposed to protect and shield those in danger was undermined and sealed information was released to the right wing media within hours of my filing.

“I was told that my filing was confidential. I demanded that the court investigate how this was leaked to ensure that those seeking protection in the future receive the protection to which they are entitled. On Tuesday, I was denied that protection,” Grosskreutz’s statement said.

Motley has requested records of who in the Clerk of Courts office had access to the petition between the time it was filed, around 3:30 pm, and 8:30 pm, when Motley believes Mathewson was made aware of the filing. She also requested any emails listing the pertinent names, case number or other terms.

Clerk of Courts George Christenson did not immediately return an email seeking information about the matter Thursday.

What does Wisconsin law say about a name change?

Wisconsin law allows anyone to ask that such a change not require the usual publication notice, and avoid having the case appear in the state’s online court records system, under certain conditions.

The law also reads, “The court may require the petitioner to comply (with public notification) if the petitioner is unable to show, by a preponderance of the evidence, that publication of his or her petition could endanger him or her and that he or she is not seeking a name change in order to avoid a debt or conceal a criminal record.”

Grosskreutz was convicted of carrying a gun while intoxicated in 2016, a misdemeanor.

There were 17 confidential name change petitions in 2020, compared with 440 public requests, according to the Milwaukee County Clerk of Circuit Court office. Most confidential petitions were made in the context of a case of domestic violence.

Prior years saw similar numbers or requests for secret changes, and about 550 normal requests.

In 2021, Grosskreutz was charged with second offense drunken driving, a charge later dismissed by prosecutors. That court record indicates his home address was sealed from the public by the judge.

Top 4 exercises that you can easily do in bed