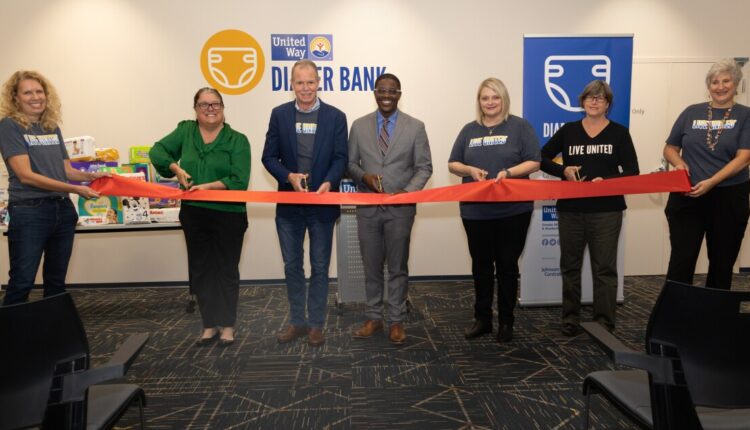 Local companies and nonprofits in southeastern Wisconsin are ramping up efforts to distribute baby supplies to families in need.

The United Way has been distributing diapers in Milwaukee and Waukesha counties since May of 2021. At that time, the agency has provided 279,000 baby diapers to its network of 39 local nonprofits. The nonprofits then distribute the diapers to people directly.

“We know one out of three families struggles to purchase a sufficient supply of diapers for one day,” says Jayne Thomas, the volunteer engagement coordinator with the United Way.

She was at a ribbon cutting for the diaper center, along with County Executive David Crowley and officials for Johnson Controls.

“I heard the statistic that an infant actually in their first two years will utilize 6,000 diapers. And so this is a particular need, you know, when families are struggling financially, our ability to provide diapers and baby wipes, it’s just one less worry for that, for that family,” says Thomas.

After the ribbon-cutting ceremony, volunteers began packing 9,000 diapers to load into vans. Then, the volunteers drive them to local diaper hubs for disbursement.

As she was packing diapers and books into bags, one of the volunteers, Anne Marie, reflected on her own experience as a new mom, which she noted is different from many.

“When I had children, I was able to go to the store and buy some diapers, and for whatever reason, a family may find themselves in the situation where they can’t do that. That’s where it’s our responsibility as a company to take a look around us and do what we can,” says Anne Marie.

United Way organizers say there are several ways people can support their effort. They can volunteer at the next diaper packing event, donate diapers and baby wipes or they can ask Wisconsin’s Legislature to create a sales tax exemption for diapers and other essential hygiene products.