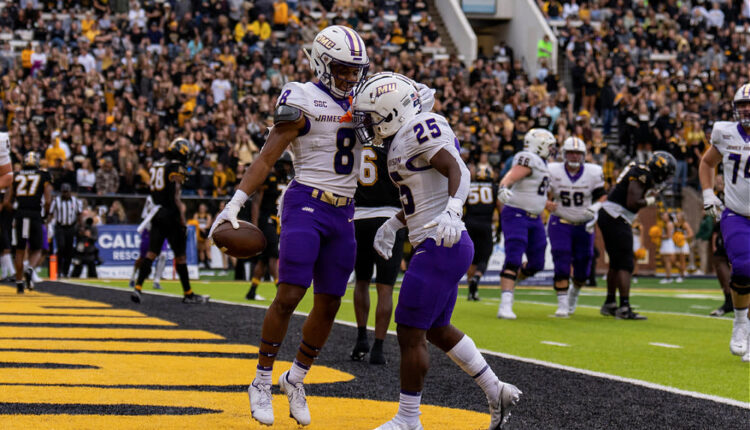 Marshall vs James Madison How To Watch

Why James Madison Will Win

What the heck happened to Marshall?

It stunned Notre Dame with a brilliant defensive performance, three takeaways, and a ground game that stepped up and dominated, and … poof. It all went away.

The defense is still solid against the run, but the offense can’t seem to find any semblance of a groove. It couldn’t do anything against the great Troy defense, it couldn’t stop screwing up against Bowling Green, and last week it simply couldn’t move against Louisiana.

It’s not going to start running against the best run defense in the country. James Madison has allowed a grand total of 217 rushing yards so far this year and gave up just 12 against Georgia Southern last week.

Why Marshall Will Win

James Madison finally dropped his first loss of the year because Georgia Southern threw for 578 yards in a while shootout that was almost as fun as that Alabama-Tennessee thing.

As good as the Dukes are they’re not above turning it over, giving it away four times in the loss. Marshall needs to feed off that.

For all the problems and issues, the herd have generated multiple takeaways in four of the six games, winning three of them.

Now the Herd have to get the passing game going and …

A few takeaways will keep Marshall in the game, but it’s not running on the Duke defensive front, and there isn’t enough of a passing attack to make up for it.

Marshall won’t be a total pushover, but James Madison will make up for last week’s gaffe.

Highway D closure in Paris expected Friday – West of the I