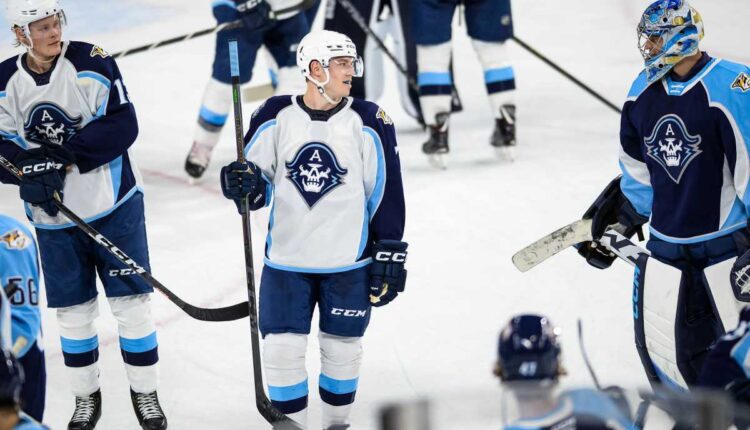 Captain Cole Schneider secured his way in the record books by becoming the 95th player in the AHL to reach the 500 career points milestone with an assist last night on Tommy Novak’s third period goal.

Schneider, a 32 year old forward, began his AHL career in 2011 with the Binghamton Senators. Over the course of his twelve year career, Schneider played with Binghamton, Rochester Americans, Hartford Wolf Pack, Texas Stars, and the Admirals. Schneider’s best points season was with the Americans in 2016-2017 when he recorded 63 points in 71 games. Last season with the Admirals, the captain netted a career high 30 goals on his way to a 60 point season.

Schneider wasn’t the only Admiral in last night’s game to mark a milestone. Luke Evangelista recorded his first professional hockey goal in the first period against the Griffins. Evangelista played 14 games with the Chicago Wolves in 20202-2021 during the COVID affected season, but last night earned his first goal as an Admiral. Evangelista lit up the OHL in 2021-2022, scoring 55 goals and earning an impressive 111 points.

Schneider, Evangelista, and the rest of the Admirals will take on the Manitoba Moose on Saturday evening at 6:00 pm CT. The Admirals games are broadcast on AHLTV.