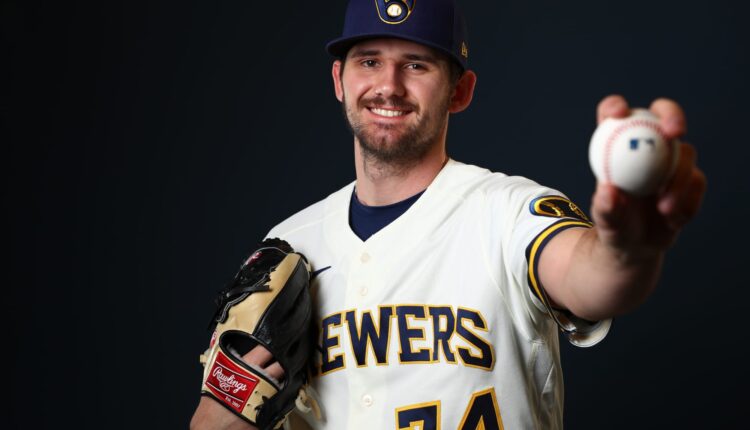 Ethan Small officially wants to be a big league. The Milwaukee Brewers are calling up left-handed pitcher Ethan Small, according to Jeff Passan of ESPN. Small was drafted with the 28th pick in the 2019 draft. According to MLB Pipeline, Small is the Brewers’ seventh-rated prospect and should give Milwaukee a solid innings eater while the Crew’s pitching staff deals with injuries.

Left-hander Ethan Small is being called up by the Milwaukee Brewers, sources tell ESPN. Small, 25, had a 1.88 ERA at AAA this year and since being drafted in 2019 has a 1.78 ERA and 177 strikeouts in 136.2 innings. Could be very important this year with Freddy Peralta’s injury.

As Passan says, Small could be a very important piece to the Milwaukee Brewers this year as the status of Freddy Peralta remains unknown other than the fact that he will miss substantial time with a shoulder injury. Additionally, Luis Perdomo recently hit the injured list with an elbow injury and Brandon Woodruff is dealing with an ankle injury. So the Brewers pitching staff has been getting fairly light.

Small, 25, throws primarily a fastball-curveball-changeup mix and has elite strikeout capabilities. This year in AAA, Small has a K/9 of 11.5. Using his 6’4 frame, Small deceives hitters with very fast arm action and is especially hard on lefties.

He throws very up-and-down, which gives his changeup extra deception when used after his fastball. Small will also use various tempos to mess with hitters’ timing. This video gives a great look at how Small’s arm action and various tempos gives hitters a hard time.

One of the biggest downsides to Small is that he is extremely prone to walks. In his past two years in AAA, he had a BB/9 of 5.43 and 4.93. To put that in perspective, this year, the average BB/9 for a pitcher in the majors is 3.2.

In order to succeed at the big league level, Small is going to need to cut down the walks. For someone that does not have overpowering velocity and relies on generating soft contact and strikeouts, Small cannot afford to walk so many batters.

It will be exciting to see how Small will perform at the major league level. With a double header on Monday, May 30th, look for Small to make his big league debut in one of those games.