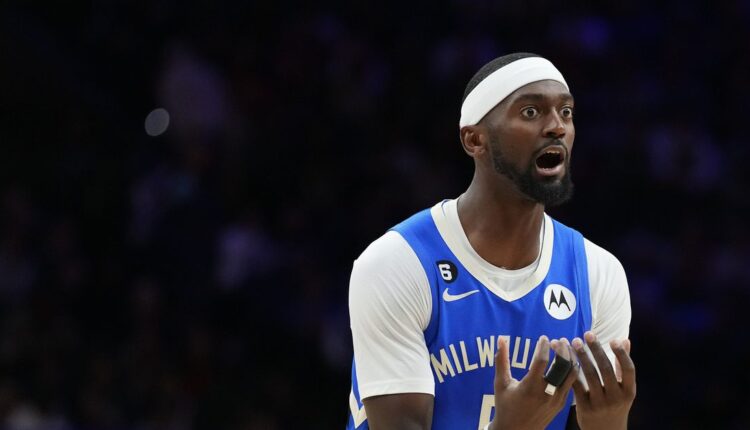 When you’re the beneficiaries of a historical matchup as recently lopsided as Bucks-Sixers has been, you take making Philly look clownish on their home court for granted. Winners of the last eight out of nine games played between these two, the Bucks looked set to make it nine of 10 with a relatively strong offensive first half. Then Philadelphia adjusted. Then they started swarming Giannis. Then Giannis reverted to the mean of his career-low FT% season. Then the Sixers spammed the same Joel Embiid P&R action four straight possessions and scored in each. Then the bucks lost.

Giannis giveth, Giannis taketh. An up and down night for Antetokounmpo in which the downs eventually neutralized his contributions on the offensive end. A real pain, too, given the general lack of offensive creativity elsewhere in the lineups Mike Budenholzer can run out there right now. Scoring 25 points, the two big trends that stood out were typically Giannis things: First, a total inability to make free throws once he is in the doldrums — he went 4-15 from the line and a whopping 2-10 in the second half — Second, the sheer willpower to keep going at Philadelphia’s paint defense to draw fouls in spite of his poor FT numbers. I truly, sincerely appreciate his fearlessness in the face of his own weaknesses and his desire to keep hammering away. But by the fourth quarter the physical strain of that strategy showed as he opted to fire three of his four shots that quarter from three; he missed all three. His FT% on the year now drops to 58.7%. Not good.

Jrue Holiday’s return is a mixed bag. Making his first appearance since missing the four previous games with an ankle injury, Jrue Holiday was so-so. He came off the bench to start the second quarter and would total up 23 minutes of play. Compared to Jevon Carter’s go go go style of PG play, it was a pleasure to watch Jrue’s relatively languid approach. Unfortunately, the burst isn’t fully back and he struggled a bit on both ends of the court to maintain contact on defense or create enough separation for positive offensive playmaking. 10 points for him, but no makes on four shots from three, and five turnovers. Fingers crossed a few more days of rest will have him looking right against the Blazers on Monday.

Embiid executes to close. Both teams were begging the other to string together two competent possessions and win the game. Unfortunately for Milwaukee, Philly answered the call faster and ran away with it. Brook Lopez did his usual solid job matching Embiid nearly stride for stride, minute for minute, through 90% of the game. With three minutes left and the Sixers up 102-99, Doc Rivers opted to run the same Melton-Embiid P&R action on four straight possessions. Brook gave Embiid a little bit of space in the midrange, and the result was six points and an assist for Embiid as Philly got eight points out of four shots. Meanwhile, Giannis took an ill-advised three and Jrue was called for an offensive foul. In the margins in a close game, the Bucks just didn’t have it.

And shoutout to Bobby for getting right in Embiid’s face after the game. You gotta let these dudes know it ain’t all love once the final buzzer goes.

Bucks are back at home Monday to play the Portland Trail Blazers.