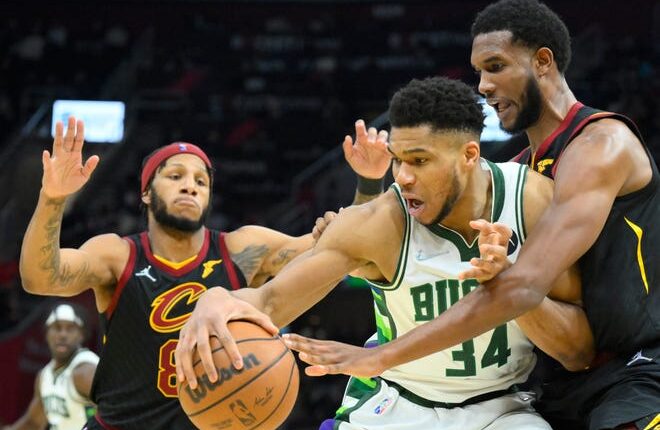 The Cavaliers visit Milwaukee tonight on a four-game losing streak and without All-Star center Jarett Allen. Get live updates from Fiserv Forum.

Pat Connaughton held out of game

A little over a week ago, Pat Connaughton expressed some frustration to the Journal Sentinel with how slow his recovery from a preseason right calf strain had been, but he was satisfied by the fact the team was winning and that a slower pace now would lessen the chances of a recurrence later.

In Minnesota, the feeling was he might be back within seven to 10 days—and his return to practice came on Tuesday the 11th day. He was upgraded to probable to play on Wednesday afternoon but was ultimately held out of the game against the Cavaliers

“We’re hopeful, it’s just give him another day,” head coach Mike Budenholzer said. “Just kind of tested it today and more discussions, just don’t want to rush it. Just feel like giving a little more time was the wisest move.”

Who do the Bucks play next?

The Bucks hit the road to take on the Philadelphia 76ers on Friday at Wells Fargo Center at 6:30 pm The 76ers will be without James Harden, but Joel Embiid appears to be healthy and playing at a high level again. Milwaukee beat Philadelphia 90-88 in their season opener on Oct. 20