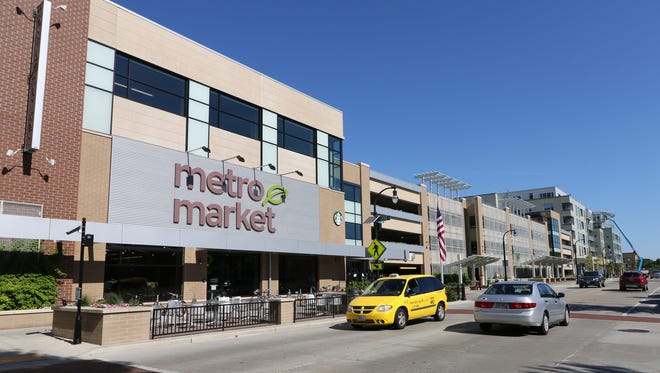 A 32-year Milwaukee man is facing charges after a nonfatal shooting at the Shorewood Metro Market and a police chase that lasted more than 8 miles before ending in a crash.

Patrick Key was charged in Milwaukee County Circuit Court with first-degree reckless injury with a modifier of using a dangerous weapon, and two counts of fleeing an officer with bodily harm or property damage; all felonies.

If convicted, Key could face more than 35 years in prison and fines of more than $100,000. His next court appearance is Monday, Oct. 17, at the Criminal Justice Facility for a preliminary hearing.

According to the complaint:

On Sept. 17 around 6:45 pm, Shorewood police officers were dispatched to the Metro Market, 4075 N. Oakland Ave., for a shooting complaint. Officers located the victim at the nearby Walgreens with an apparent gunshot wound to his left wrist. He was taken to the hospital.

At the hospital, the victim said he had fought with Key earlier in the day. At the store, Key showed the victim that he had a handgun in his waistband. The victim pushed and hit Key, and a struggled ensued.

The victim eventually ran away to the parking garage and tripped, and Key caught up to the victim and put him into a chokehold from behind. During the struggle, the gun was knocked free, the victim grabbed it by the barrel and key pulled the trigger and shot the victim through the wrist.

Key got into a black Hyundai vehicle and took off. An officer pursued the vehicle, turning from Oakland Avenue on to Capitol Drive at a high rate of speed.

The pursuit lasted 8.35 miles, went through multiple jurisdictions and reached speeds of 110 mph.

Key crashed into another vehicle with two occupants in front of Reservoir Park on North Avenue. After the crash, officers located the key in the driver’s seat of the vehicle. Key suffered injuries and was later taken to the hospital.

The two occupants in the other vehicle were also transported to the hospital for injuries. Officers located a firearm on Key and a second firearm on the passenger side floorboard.