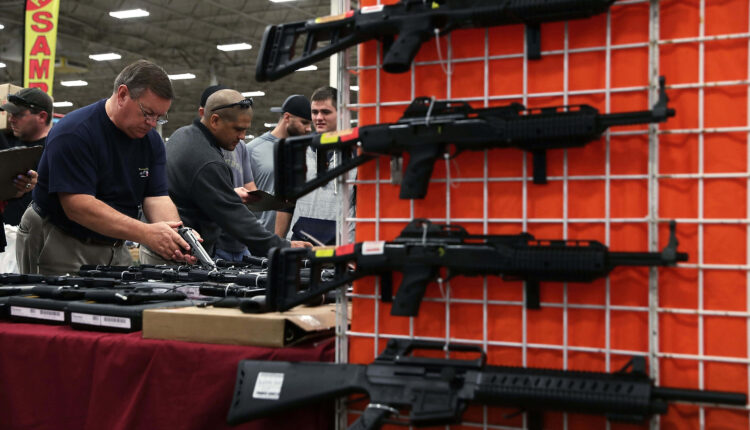 The city of Milwaukee continues to process a series of shootings in the downtown area last weekend. Known as the “Deer District,” in homage to the Milwaukee Bucks basketball team, the downtown entertainment district saw a trio of shooting sprees between 9:10 p.m. and 11:54 p.m., leaving more than 20 people injured. All of the victims, ranging from 15-47 years of age, are expected to recover. Ten people were arrested, 17 were left injured, and 10 firearms were recovered from just one of the shootings. Five of those injured during that incident, according to the Milwaukee Police Department (MPD), were also armed and taken into custody. All of the incidents remain under investigation. A curfew was declared for people under 21 years of age, and downtown businesses reported fewer customers as people stayed away.

Developing long-term solutions related to gun control strategies has been a tough sell in the state Legislature. Milwaukee officials underscored the lack of discussion of those strategies in the wake of the latest shootings. Mayor Cavalier Johnson, in a press conference over the weekend, condemned the weekend shootings.

“We cannot have that in this city, nor anywhere else in this state, nor anywhere else in this country,” said Johnson. “And by the way, as well, I will say this,” the mayor continued. “Before somebody gets to the point where they have a gun, and they’re upset, and their tempers go off, and they decide to shoot in a crowd full of people, you have to think about whether those folks should have access to a gun in the first place. I don’t think it’s crazy to say that those people should not. They obviously don’t have the responsibility to wield the weapon. So, we need to make sure that there’s repercussions for folks when they do things like that. But we also have to work on the preventive end to make sure that folks don’t have that access to firearms in the first place.”

The mayor’s sentiments were shared by some state legislatures, who pointed to policies which help perpetuate gun violence in the city. “Despite continued violence in our communities and innocent people getting hurt,” said Rep. David Bowen (D-Milwaukee) in a May 17 statement, “Republicans have not budged on their lax approach to guns in our communities, which has allowed guns to flow to criminals and individuals with violence in their minds.” Bowen denounced what he called “the dangerous opposition from Republicans to common sense gun safety legislation [that] has allowed guns to continue to flow into the hands of those who shouldn’t have them.”

The nexus between the historic loosening of state gun laws, surges in gun ownership, and spikes in Milwaukee’s homicides is clear from data comparing these phenomena. Between 2011 and 2020, for example, the number of concealed-carry licenses issued by the Department of Justice (DOJ) appeared to mirror rises and falls in homicide numbers. In other words, years where concealed-carry license issuance and renewals decreased, so too did the number of homicides in the city, and vice versa. In 2015, former Republican Gov. Scott Walker signed legislation eliminating the state’s 48-hour waiting period for handgun purchases. That same year Milwaukee experienced 147 homicides. Of those, 119 involved firearms, and 80% of that year’s shootings involved handguns. The prior year of 2014 had seen just 86 homicides. Another jump occurred in 2020 to 190 homicides, compared to 97 in 2019. Both spikes in homicides in 2015 and 2020 were also accompanied by increases in concealed-carry licenses being newly issued, or renewed. 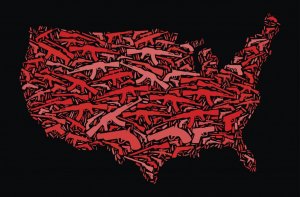 Reluctance to discuss gun control legislation at the state level has carried over beyond the Walker era. Proposals by Democratic legislators have roundly failed in the State Assembly. Meanwhile, Republican lawmakers passed legislation that protects gun manufacturers and dealers from being held liable if their firearms are used to murder people. Wisconsin has few restrictions when it comes to the sale and distribution of firearms. As long as you’re not knowingly selling to a felon or someone who’s prohibited from owning a gun, few barriers exist. Wisconsin is both a concealed-carry and an open-carry state. A requirement for licensed gun dealers in Wisconsin to conduct a background check doesn’t extend to private sellers. In 2020, as homicides in Milwaukee climbed to new heights, Wisconsin experienced record-breaking gun sales.

In a statement to Wisconsin Examiner, Mayor Johnson agreed that gun manufacturers and dealers have a responsibility to the community. “Yes,” said Johnson, “companies and individuals involved in making and distributing guns have a moral obligation to promote responsible gun ownership. I have not seen them embracing that obligation.” He further outlined what Milwaukee needs in terms of gun-related legislation. “I would favor significantly beefed-up background checks on all gun sales, limits on military-style firearms, restrictions on ammunition magazine capacity, and a return to common-sense restrictions on concealed carry.” When asked if the city could explore some of these ideas on its own Johnson said, “The answer is no. The city is preempted from any gun restrictions. The one exception is our ability to restrict guns in city-owned buildings.”

Bowen stressed that, “we cannot overlook the fact that the easy availability of guns for criminals on our streets is not just contributing to this violence, but is driving it. No one in our state, whether people or businesses, benefits from continued gun violence, and without a serious reconsideration of our state’s lax gun laws, our citizens will continue to suffer needlessly.” 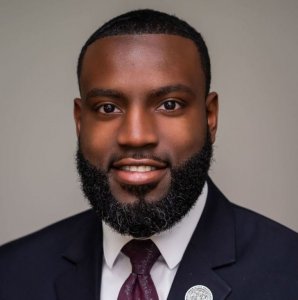 Sen. LaTonya Johnson also remarked on the silence on the gun control topic within the halls of government. Johnson recalled a special session called for by Gov. Tony Evers in late 2019 focusing on gun violence. “I showed up to do my job,” said Johnson, recalling victims of gun violence in Milwaukee including 10-year-old Sierra Guyton, 5–year-old Laylah Peterson, 13-month-old Baby Bill Thao, 13-year-old Sandra Parks, and others who’ve compelled her to keep pushing the issue.

“The funerals have been too many to name them all,” said Johnson. “Not only did Wisconsin Republicans fail to show up and do their jobs on that day in November, but they have continued, year after year, to reject widely-supported gun violence prevention policies like universal background checks.” Johnson also pointed out that Republican policies have reduced the city’s budget, making it difficult for Milwaukee to invest in violence prevention strategies. Over $100 million in funds to augment public safety statewide has been allocated by Evers, alongside $45 million to support violence prevention efforts.

Some 3,279 guns were recovered by Milwaukee PD last year, 2,918 of which were placed into evidence. That tops the 3,097 guns recovered in 2020, and eclipses the 2,621 guns recovered during 2019. The department’s ShotSpotter audio system, used to detect and locate probable gunfire, was activated over 21,479 times in 2021. Keep in mind that not all of those alerts are necessarily gunfire, and could have other causes. So far this year, 1,190 guns have been taken off the street, and MPD is tracking 83 homicides. In a report by the Wisconsin Examiner, the department said it does not track how many guns involved in fatal and non-fatal shootings were lawfully or illegally owned. 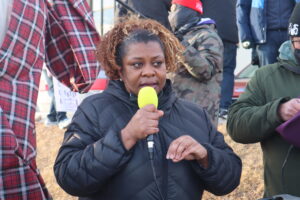 Sen. Johnson emphasized that the city needs new solutions. “The bottom line is this,” she said, “during my time in the legislature I have pleaded for my Republican colleagues to address this issue in a meaningful way. Their solutions are always to hire more police and increase penalties but never to pass legislation that would close gun loopholes to help rid our city of the abundance of guns on our city streets.”

She called out Republican elected officials for being “always the first ones to demonize my city — to line up at press conferences and tell us they know better, to blame us for the criminal actions of a few, and they are also the first ones to tell us ‘no’ when we ask for help. It’s time they stop fearing gun lobbyists and start fearing for the victims, families, friends and neighbors of those who have to live with these casualties and statistics every single day.”