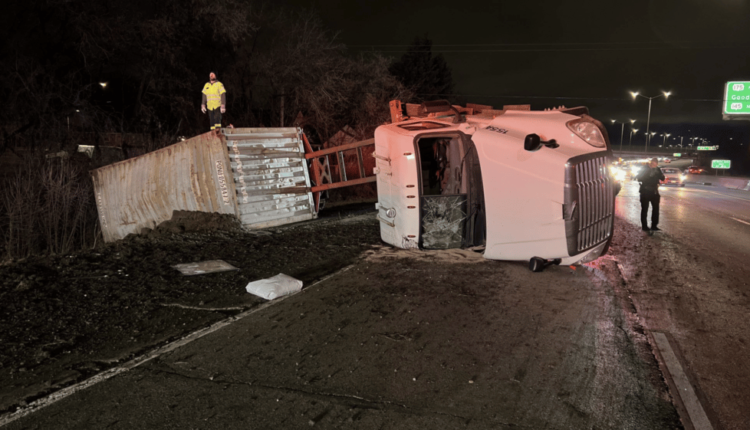 MILWAUKEE — Roughly 40,000 lbs of corn engulfed the southbound lane of I-41 last night when a semi-truck tipped over on the roadway, spilling its entire haul and effectively forcing a full closure of the road on Thursday night.

The closure was announced by the Milwaukee County Sheriff’s Office via social media at 8:52 pm on Thursday, Jan. 19, 2022. They confirmed that a semi-truck rolled over on the southbound lane of I-41 near Florist Ave, spilling corn all across lanes two and three.

It’s unclear what caused the accident, but authorities confirmed that the driver’s injuries were deemed minor. Southbound traffic was diverted to Good Hope Rd from I-41 as emergency responders helped clean up the accident and remove the semi-truck from the roadway.

They later adjusted their route, forcing drivers off I-41 at Appleton Ave in Milwaukee to properly clear the roadway. It took several hours for salvage crews to remove the truck and officially clear the road.

Milwaukee county authorities have not indicated that any other vehicles were involved in this accident. The driver’s current condition is unclear, though the injuries were considered non-life-threatening in nature.

Computer expert back on stand