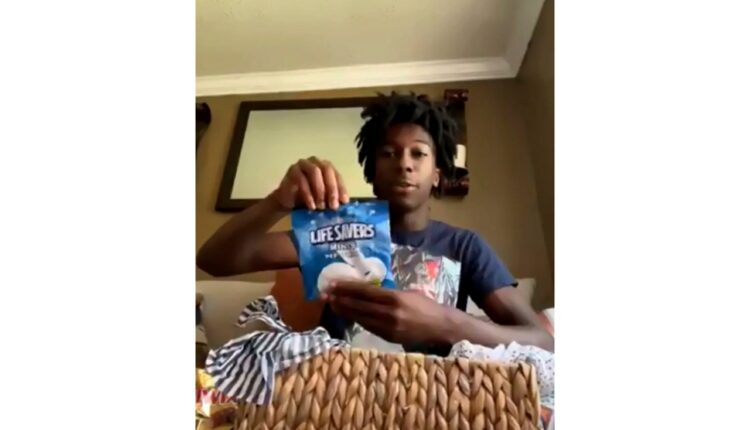 JACKSON, Ms. (AP) — When Corion Evans saw three people at a party, the 16-year-old never imagined he would save their lives a few hours later. But that’s what happened in the early hours of Sunday when a car drove off a boat launch into a south Mississippi river.

The Mississippi high school student jumped into the Pascagoula River around 2:30 am that day after seeing the car plunge into the waters from the boat ramp under Interstate 10. Three young women he had seen at a nearby party on Saturday had been in the car . They all had gone to a gathering spot near the boat ramp after the party ended.

He ran downhill toward the water as fast as he could.

Undeterred by the dark water, Evans headed straight into the river. Later, he learned, alligators live in the river and its bayous.

“I was scared, but I just focused on keeping everybody calm,” he said. He went on to save all three women in the car and a police officer who responded to the scene.

The driver said she was following her GPS and did not realize she was headed for the water’s edge, according to a Moss Point Police Department news release Wednesday.

“It’s no lights down here or nothing, so everything was just pitch black,” Cora Watson, 19, told WLOX-TV. “The GPS thought we was on top of the interstate. That’s why it was telling us to go straight because it didn’t say it was water here or nothing.”

The three young women climbed out of the passenger window, WLOX-TV reported. At least one of them managed to get onto the roof of the car. As another struggled to tread water, she managed to hold one hand in the air and call the police.

Moss Point police officer Gary Mercer was dispatched to the scene and said Evans was already in the water when he arrived. Mercer said he jumped into the river and began assisting one of the teenagers who said she couldn’t swim. After Mercer tried to carry the girl on his back, she panicked and caused him to go underwater.

Evans then helped Mercer and the woman reach the shore. He attributes his physical strength to playing high school football and his swimming experience. He said he learned how to swim as a 3-year-old in his grandmother’s pool.

“If Mr Evans had not assisted, the situation could have turned out differently, instead of all occupants being rescued safely,” said Moss Point Chief of Police Brandon Ashley.

On Tuesday, the Moss Point mayor and board of aldermen presented Evans with a certificate of commendation for his actions.

“We are proud of the young man for having the courage to forget about himself and jump into the water,” Mayor Billy Knight told the AP. “It’s not often enough that you see people put others above themselves.”

Evans, who will be a senior at Pascagoula High School in the fall, wants to study physical therapy or sports medicine in college. A GoFundMe page was started to help pay his tuition, which he is calling a “blessing.”

“I wasn’t supposed to be there,” Evans said. “When I ran into that water I was supposed to have already been gone. I feel that I’m being blessed for what I did that night.”

Michael Goldberg is a corps member for the Associated Press/Report for America Statehouse News Initiative. Report for America is a nonprofit national service program that places journalists in local newsrooms to report on undercovered issues. Follow him on Twitter at twitter.com/mikergoldberg.