More than 100 gather at memorial for Da’Shontay King, in photos | Local News 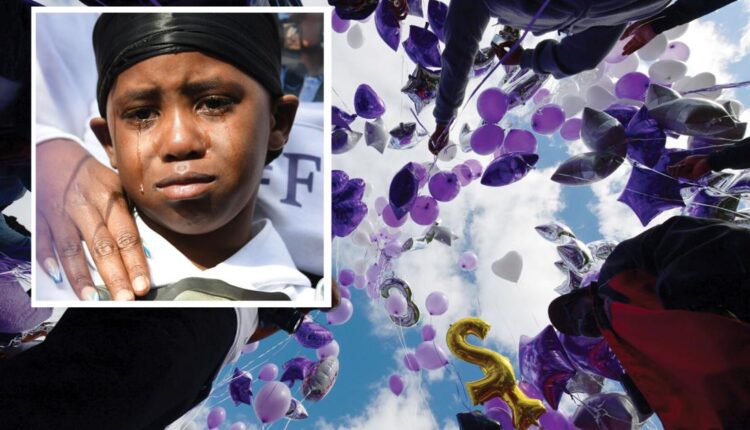 Da’Karrion King, the deceased’s 5-year-old son, couldn’t stop floods of tears as members of the community and those who loved his father released balloons 52 hours after Da’Shontay King was killed at the spot where he was shot .

According to initial reports, Da’Shontay King, who was wanted as a suspect for being a felon in possession of a firearm, fled a traffic stop and was seen with a gun by the pursuing Racine Police Department officer, who fatally shot the 37- year old.

Da’Shontay King has been repeatedly described by those who knew him as someone who often ran afoul of the law, but moreso as someone who was a loving father to his children.

“I’m not going to sit here and sugar coat and act like he is a completely innocent person, that he’s never done any wrong, because he has,” Natasha Mullen, Da’Shontay King’s sister, told Courtney Sisk of WISN-TV (Channel 12) Saturday. “But that’s not all that he was. He was so much more than the things that he’s done.”