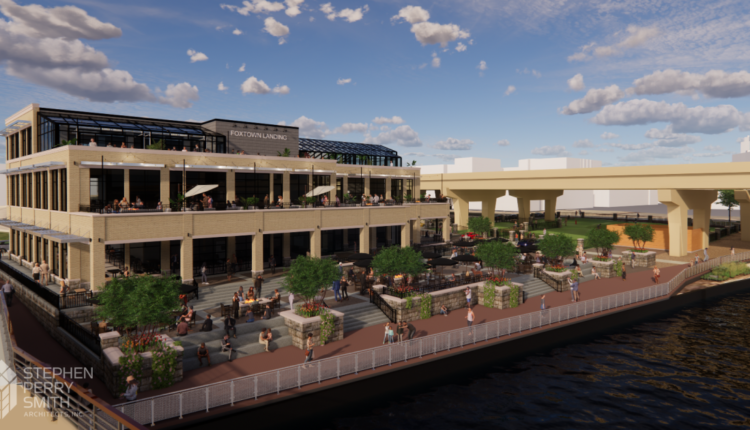 MILWAUKEE, Wis. — A new brewery is coming to the Third Ward!

Foxtown Brewing, based out of Mequon, will be opening a new facility on the vacant riverfront site near St. Paul and Plankinton.

According to a news release, it will be adjacent to the proposed dog park in that area.

In announcing the news of the new development, Foxtown Brewing also announced itself as a title sponsor of the Downtown Dog Park.

“When we learned about the dog park project, we began exploring the larger opportunity to develop a true ‘dog district’ where people and their pets can gather along the river at the nexus of where the Historic Third Ward and Downtown meet,” said Tom Nieman, President of Fromm Family Pet Food, “We see this as a natural fit for us and a game changer for the City of Milwaukee.”

The new facility will be multiple stories and will house a taproom, distillery, and restaurant with large pet-friendly outdoor spaces that will overlook the river. There will also be a rooftop patio and balcony.

The news release says fundraising for the new development is ongoing, and information about the project timelines will be revealed at a later date.