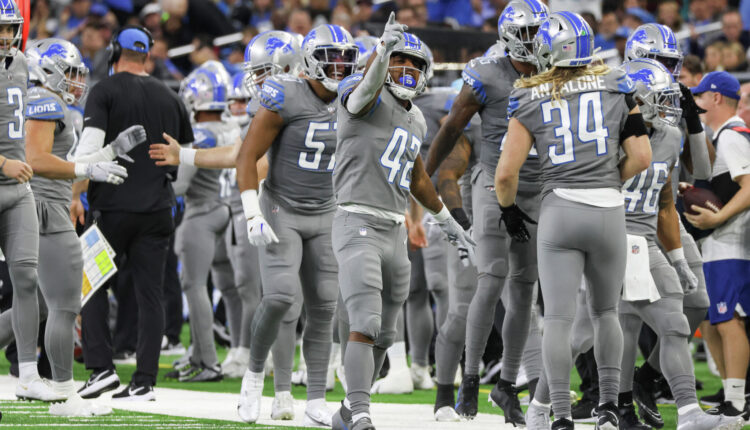 Manistee News Advocate sports editor McLain Moberg finished 3-2 straight up and 2-3 against the spread, while sports reporter Mitch Vosburg ended the weekend 2-3 in both categories. Moberg is now 18-22 and 12-28 overall, while Vosburg is 21-18-1 and 20-21.

The odds listed below are per FanDuel.

I’m not going into too much detail over this, I think we all know where both teams are at. Green Bay figured out something against Buffalo. The Lions figured out they have to choose between CJ Stroud and Bryce Young in April.

Green Bay wins and covers in my mortal lock of the week.

Green Bay leads this series all-time 105-73-7, with an impressive stretch of 24 consecutive home victories for the Packers from 1992-2014. I don’t think anything else needs to be said. The Packers win and cover.

Remember when these two teams battled it out in the divisional round last season? Now they’re both desperate for a win to even sniff a wild card spot. My times have changed.

What was once a vaunted Tampa Bay offense looks like a junior varsity squad. That’s not really going to change facing a defense which boasts a future hall of famer at every level.

I don’t care if Tampa Bay has a home field advantage. It hasn’t made a difference this season.

Rams win outright and celebrate with ice cream, but not the avocado kind.

Both of these teams could realistically miss the playoffs, but I’m leaning Rams in this one. I don’t think home field plays a role for either of these teams, considering where they fall on their fan base’s priority list.

Regardless, give me Los Angeles to win and cover.

I honestly don’t feel uber confident with a fifth game. However, my buddies and I have a spreadsheet where we pick every spread and over/under each week. I’m going to pick my buddy Ty’s mortal lock this week.

Seattle is rolling, and although Arizona has DeAndre Hopkins back in the fold, the Seahawks are rolling and have a 19-9 win in hand over the Cardinals this season.

I haven’t been on the Seattle train nearly enough this year, having been unsure of how much we can actually trust Geno Smith under center. However, I’ve waited long enough; let’s just hope it isn’t too late to jump on the bandwagon. Seattle wins and covers.

I know everyone is gushing over Kansas City (me included), but Tennessee is a quiet 5-2 while allowing the fifth-fewest points in the league. Not to mention that King Henry is back on his throne as the league’s best running back.

If Ryan Tannehill is healthy the Titans have a chance. If it’s Malik Willis then Kansas City rolls.

Fifteen years ago this was must-watch TV. In 2022, this is going to be a brutal game.

The Patriots quarterback situation is puzzling, but somehow not as bad as the Colts with Sam Ellingher in command of the offense. Bill Belichick will find a way to make Ellingher look like he’s making his second NFL start.

I’ve been riding the Eagles winning streak a lot this year. I haven’t taken them every week, but I have chosen my spots carefully. And this looks like the lock of the century. Give me Philly to win, but Houston finds a way to cover the two touchdown spread.

Here’s the bottom line: Miami is a better football team. But defeating teams on the road isn’t easy. I like the Dolphins to beat another NFC North team this weekend, but the Bears cover.

Mitch Vosburg is a sports reporter with the Manistee News Advocate. He can be reached at 231-398-3108 or at [email protected]

McLain Moberg is the sports editor for the Manistee News Advocate and Benzie County Record Patriot. He can be reached at [email protected] or 231-398-3105.

For second year in a row, Madison woman’s soap company is one of Oprah’s favorite things