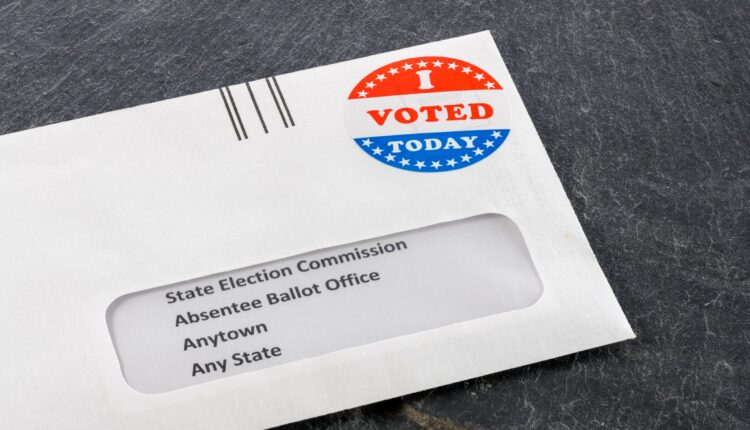 A Milwaukee Elections Commission employee fraudulently requested absentee ballots dedicated to members of the military and had them sent to a Republican lawmaker known for spreading conspiracies about election fraud in the 2020 election.

Milwaukee Mayor Cavalier Johnson announced at a press conference Thursday that the employee, commission deputy director Kimberly Zapata, had been fired immediately after the city learned of her actions. Johnson said she requested the ballots to prove that election fraud is possible.

The news just days before the midterm election that the ballots were requested by a Milwaukee election official comes as Republicans gear up to put their “election integrity” apparatus, established in the two years since the 2020 election, into action. At a campaign event earlier this week, Republican gubernatorial candidate Tim Michels said that if he’s elected, the party will “never lose another election in Wisconsin.”

The incident’s connection to Milwaukee may also play a role in how it’s perceived across the state. The state’s largest, and only majority-minority, city has regularly been attacked by Republicans as a source of voter fraud. Republican Sen. Ron Johnson, running for reelection against Lt. Gov. Mandela Barnes, a Milwaukee native, recently made a comment — which his campaign staff characterized as a joke — that Republicans shouldn’t trust the early voting system in Milwaukee.

Johnson’s campaign has also set up a website to solicit reports of “election fraud” from voters across the state.

On Monday, the Waukesha County Sheriff’s Office announced it was working to investigate three military absentee ballots that had been sent to the home of state Rep. Janel Brandtjen (R-Menomonee Falls). All three of the ballots were sent from different municipalities but all of them used the first name “Holly.”

Brandtjen, the chair of the Assembly Committee on Campaigns and Elections, has regularly given a platform to conspiracy theorists and signed on to legally impossible efforts to decertify the state’s 2020 election results. After receiving the ballots, she characterized the incident as an attempt to expose a hole in the state’s election system and compared it to similar actions taken by Harry Wait, a Racine County conservative activist earlier this year.

Wait, the leader of an organization focused on finding evidence of election fraud, requested primary election absentee ballots on behalf of Racine Mayor Cory Mason and Assembly Speaker Robin Vos. Wait said he did so to show how easy it is to fraudulently request an absentee ballot. He is now facing two felony and two misdemeanor charges for his actions.

On Monday a Wisconsin Elections Commission spokesperson told the Wisconsin Examiner that voters must check a box certifying they’re providing accurate and truthful information when requesting a military absentee ballot and that lying on that request comes with a possibility of civil or criminal penalties. Election officials have said that getting caught fraudulently requesting absentee ballots, as Wait and Zapata have been, isn’t evidence of a loophole in the election system but instead evidence of a crime.

In a statement, Cavalier Johnson said the city doesn’t believe there have been any other illegal ballot requests, but is investigating further.

“We have no indication of any other violations of trust. Even so, we are looking into the possibility of other misdeeds,” he said. “Let there be no doubt about this, election integrity is absolutely essential. Both our Election Commission Executive Director and I will make certain Milwaukee’s election administration is conducted with the very highest level of accuracy and honesty — without any hints of impropriety.”