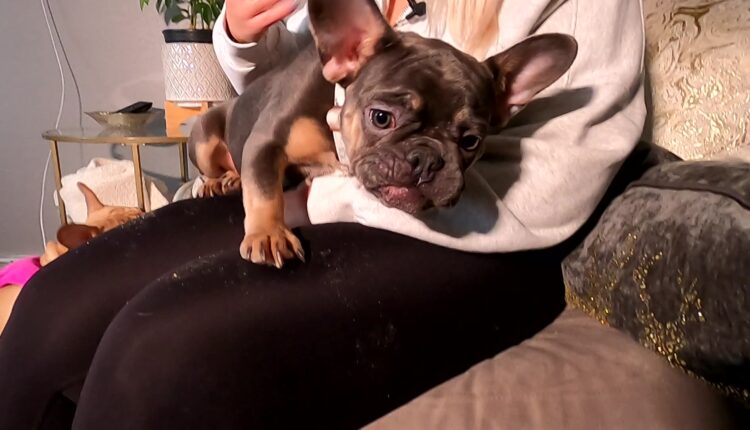 MILWAUKEE (CBS 58) — Prayers were answered for a dog owner Wednesday night after being reunited with her French bulldog, who went missing for weeks after being stolen. The owner dog credits the help from the community and social media for touching homecoming.

“I’m just really grateful that she’s safe because I think that was always my biggest concern,” said Jenna Hayes, who was reunited with her bulldog Stella Wednesday night.

On Nov. 23, Milwaukee police began an investigation after two of Hayes’s bulldogs were taken from her home. Authorities said a suspect entered the residence near 21st and Layton.

“I get a call from somebody and they’re like, it sounded like a younger guy, and he was like hey me and my dad bought this dog for three thousand dollars, and we saw your Facebook and we think it’s the same dog, said Hayes.

That dog was confirmed to be Stella by a chip.

The Milwaukee Police Department said at this time no charges will be filed.

Hayes said a big role in the homecoming of her pup was social media.

“I know that the police can do like as much detective work as they want to, but people aren’t going to come forward until they see people talking about it,” said Hayes.

Hayes recently added another Frenchie to the family. Her name is Chloe. She said her attention is now on the new dynamics of her small family.