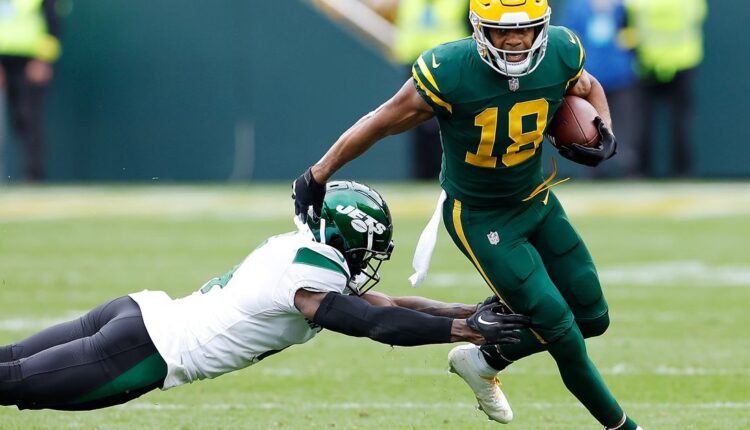 According to ESPN’s Field Yates, the Green Bay Packers have designated receiver Randall Cobb (ankle) to return to practice from the injured reserve list on Tuesday. This opens up a three-week window in which Cobb can practice with the team without having to be a member of the 53-man roster. This also opens up the door for Cobb to play on Thursday against the Tennessee Titans, if the Packers feel good enough about his two practices leading up to the game. Per Yates, that decision would need to be made by 4 PM Eastern on Thursday.

Last week, quarterback Aaron Rodgers stated on The Pat McAfee Show that Cobb was healthy enough to suit up against the Dallas Cowboys, if not for the fact that Cobb’s placement on the injured reserve meant that he needed to miss a mandatory four weeks of action. Between that piece of information and Green Bay’s roster count currently being at 52 players, the promotion of Cobb to the active roster on Thursday is being telegraphed by the team.

Earlier today, the Packers released two players, receiver Amari Rodgers and running back Kylin Hill, from their active roster. That brought their roster down to 51 players. Then Green Bay promoted running back Patrick Taylor to replace Hill, getting them up to 52. That open roster spot is what is expected to be used on Cobb.

There are five other players besides Cobb on the Packers’ injured reserve, at the moment, but only one other player, Tipa Galeai, is currently designated to return. Galeai, an outside linebacker, was given the ok to practice with the team last week, which means the deadline for him to be activated to the 53-man roster will come on November 30th.

The four players who are on Green Bay’s injured reserve and haven’t been designated to return are safety Vernon Scott, offensive lineman Jake Hanson, outside linebacker Rashan Gary and cornerback Eric Stokes. Each team is allotted eight returns from injured reserve per season, two of which were already used by the Packers on inside linebacker Krys Barnes and receiver Sammy Watkins in 2022. Should Cobb and Galeai return to the 53-man roster, that will use the team’s third and fourth, respectively, allotments. It is not expected that either Gary or Stokes return to the team this season.

Why fall snow is so tricky for Milwaukee meteorologists