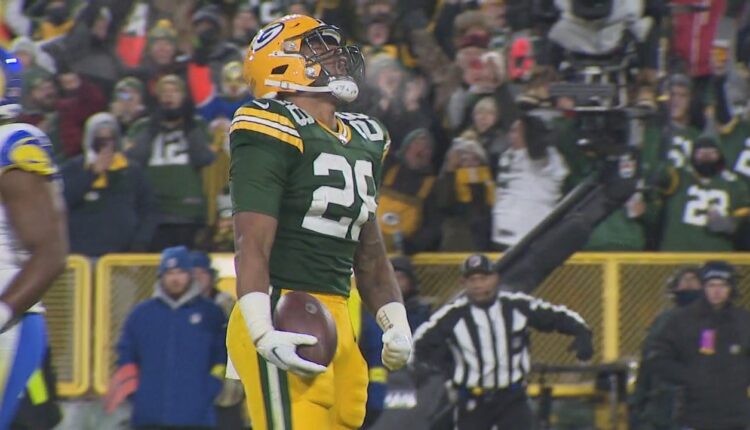 The Packers kept their postseason hopes alive after a win over the Rams, but ahead of them are three tough opponents, starting with the Dolphins on Christmas Day. Lily Zhao goes one-on-one with Packers great Donald Driver to talk about why he thinks this team can win out.

GREEN BAY, Wis. – The Packers kept their postseason hopes alive after a 24-12 win over the Rams. Ahead of them, the uphill battle begins against three tough opponents, starting with the Miami Dolphins on Christmas Day.

FOX6’s Lily Zhao goes one-on-one with Packer’s great Donald Driver to talk about why he thinks this team can win out.

Lily Zhao: “Donald, it’s great to see you and chat Packers football with you after a win. Green Bay faced a must-win scenario, and they got the job done. What impressed you the most about how the team played?”

Zhao: “I know you’ve seen all the scenarios that have to happen for the Packers to make the playoffs, but on their end, they just need to win out. Aaron Rodgers has said he has a belief they can do so, what do you think?”

Zhao: “Coming up next on Christmas Day is Miami. What matchup are you looking forward to most in that game?”

Zhao: “You’re one of the all-time Packers greats. You know the receiver position well. When you see rookies Christian Watson and Romeo Doubs finally back on the field at the same time, what do you like most about that 1- 2 punches at receiver?”

Driver: “Yeah, they look good. I think that was the most exciting thing. I mean I kinda missed my boy Doubs out there. I told you he reminds me of myself, but you know Christian Watson has been playing lights out. I think he’s exciting to watch play week in and week out. The confidence that he’s been able to build over the last 3-4 games has been exciting, so I think if those guys can stay healthy, you know the sky’s the limit for what these guys can do rolling into the last three games.”

Zhao: “Donald, I know you’re a very, very busy man, and you were part of the first “Green Bay Cast” on Monday night with Charlie Berens right here on FOX6, just dissecting the game and giving some great anecdotes at the same. What did you think about that experience and how it went?”

Driver: “Yeah, it was good. We had a good time. I mean, he is a character. I just thought him switching in and out, but that’s exactly how Charlie is. No character at all, that’s who he is and that’s his demeanor and I love it. It’s exciting.”

The Packers take on the Dolphins on Christmas Day at noon on FOX6.

From Her View in Knoxville, the Health System Is ‘Not Designed for Poor People’

KUSD cancels school ahead of a forecasted snow storm