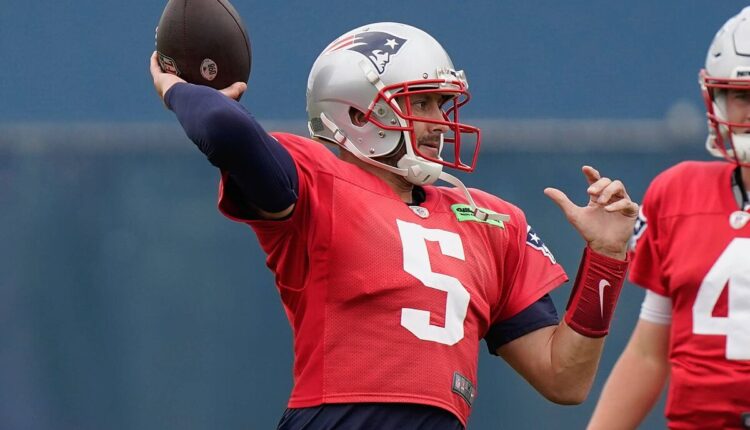 The New England Patriots will not be able to count on quarterbacks MacJones for the next few games. The player had a serious ankle injury and is expected to require surgery. According to Adam Schefter of ESPN, Jones is expected to miss a few weeks, and the Patriots and the New England franchise are considering the best options for the procedure.

Jones had a sprained ankle during the loss to the Baltimore Ravens, by 37-26, last Sunday. Asked about the severity of the injury, the quarterback did not set a date for his return.

“We will see how it evolves daily. I will start the recovery process and see how I feel. If you guys have any more questions along those lines, ask Coach Bill Belichick. I think he’ll appreciate those questions,” Jones said in a video conference call with reporters last Monday.

the Patriots have two losses and one win and face the Packers next Sunday. Without being able to count on Jones for the next few weeks, Belichick did not reveal whether the quarterback will be placed on the injured list. Speech that was in line with Jones’s response to the situation.

“A lot of times we don’t know what’s going to happen. The goal is to start the recovery and hopefully see some progress in the next few days. There’s not much I can say at the moment. It’s about doing what needs to be done and waiting,” Jones said.

Brian Hoyer to start at quarterback against Green Bay

The trend is that veteran Brian Hoyer will take over the Patriots’ offense. The other option is Bailey Zappe, a fourth-round selection in the last draft, who is behind Hoyer in the group of quarterbacks.

Jones’ absence was also the subject of the interview with Matthew Slater, captain of the team of specialists. The player adopted a more optimistic tone about the team’s future without its starting quarterback.

“I believe we will respond in a positive way. It’s still the beginning of the season, but we need to do what we can to stay competitive. Otherwise, we will struggle,” Slater said.

Hoyer’s recent record, however, does not fill fans with hope. In 11 games as a starter from 2016-2020, there have been 11 consecutive losses – the worst record in the NFL.

In contrast, the Packers have won their last 14 home games, the longest streak in the league.